Summer, Ahead of Schedule 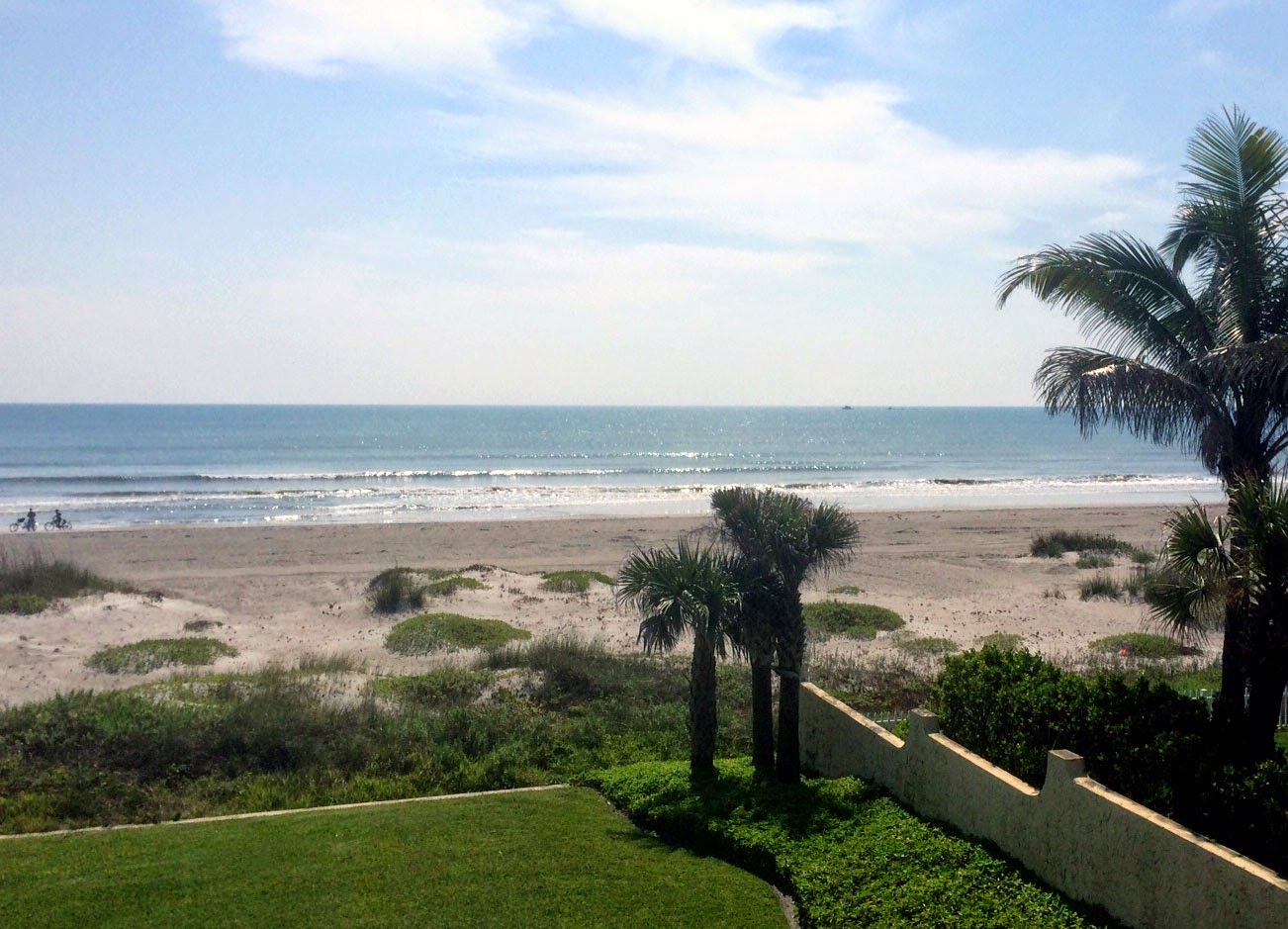 The market for residential properties in the coastal communities of Brevard County is on fire. The traffic through Cocoa Beach may have slowed significantly since Easter but the demand for desirable properties has not. Low inventory is making the search for good properties frustrating for prospective buyers and Realtors alike. The percentage of distressed listings (short sales and foreclosures) in Cocoa Beach and Cape Canaveral has continued to shrink and stands today at 6% of the total. That's the lowest level since we saw our first short sale in 2007. There are but 277 existing condo and townhome units for sale this morning in Cocoa Beach and Cape Canaveral and just 66 single-family homes. Supply is tight.

There was a time in the recent past when a throwing an unsubstantiated lowball offer at a seller stood a reasonable chance of getting a response. That time has passed. Our market has evolved away from the Macy's model of high discounts off sticker price and more towards the Target model of pay the sticker, no discount at the register. Recent successful buyers have been those who knew the fair value of the property at the time and offered accordingly. Whether selling or buying, those participants who are realistic about market value and direction will eventually be rewarded. If a buyer or their agent can support a way-below-asking price offer with accurate recent comps, an unrealistic seller might be willing to accept a large discount to his asking number. Without supporting comps, a lowball is a snowball.

The number one tip for success in selling or buying real estate in the Cocoa Beach area today; Know The Fair Market Value...Right Now. Expect to buy or sell relatively close to that number. In a declining market that number tends to the downside of today's value. In the current rising market, the opposite. As always, knowledge is power and a necessary ingredient in a recipe for success. Good luck out there. Feel free to pick my brain if you have a question or to have me assist you in your search. I know this market like the battered deck of my old longboard and I'm willing to share.

Time to toot the horn. Walker Bagwell Properties closed yet another oceanfront Cocoa Beach home last week. We represented the buyers and this one set a new record for highest price ever paid for a Cocoa Beach single-family home. Of the 16 non-condo oceanfront properties closed for more than $500,000 in Cocoa Beach in the last two years our little office has been involved in five. Of the six oceanfront properties closed in Brevard County in the last six months over $1MM, Walker Bagwell has been at the table on half. We are not a large company (intentionally) but we know our stuff and are very active in our beachside market. We're here if you need us and don't mind the lack of matching blazers and sometimes open-toed footwear.

"I'm not getting into a bidding war" ranks right up there with "We don't have to sell," and "We aren't going to give it away" as symptomatic of self-defeating mindsets.  ___Mike Jaquish

Posted by Larry Walker at 9:24 AM No comments: 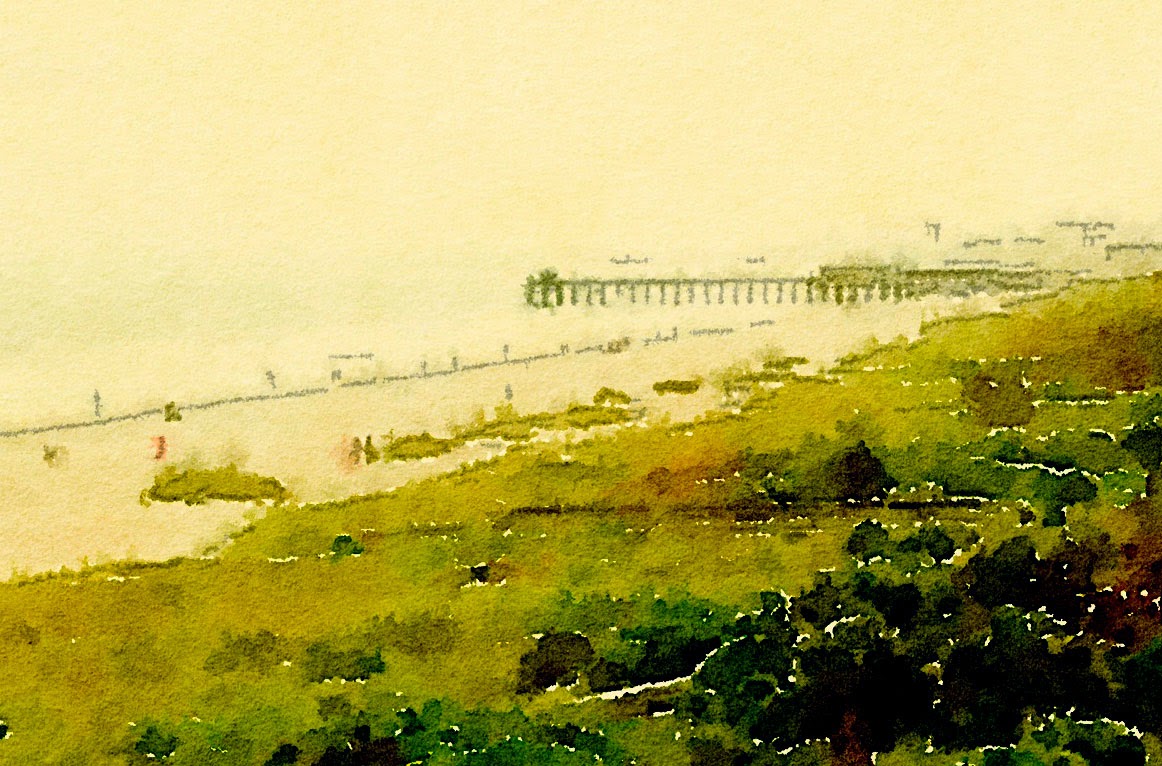 Florida law does not require that sellers of property provide a property disclosure to a buyer. However, they must disclose material issues that are known to them. To wit; In Johnson vs. Davis, the Florida Supreme Court held that “where the seller of a home knows of facts materially affecting the value of the property which are not readily observable and are not known to the buyer, the seller is under a duty to disclose them to the buyer.” The disclosure can be made in writing or verbally. In addition, in Rayner vs. Wise Realty Co. of Tallahassee, the First District Court of Appeal provided that this same disclosure requirement applies to residential properties that are being sold as is.

Buyers are still advised to do their own due diligence and to be suspicious of written and verbal disclosures. Human nature makes sellers forgetful especially where large sums of money are concerned.

Condo Sellers, Get Your Act Together

If you are currently or soon to be selling a condo unit, you need to do some paperwork preparation. Rounding up as many of these documents in advance will smooth the selling process. The documents required to be provided to all condo buyers (if requested) include current copies of the declaration of condo, articles of incorporation, the by-laws and rules, the most recent year end financial information, and the frequently asked questions document. If a buyer asks for these documents and they aren't provided then he has the right to cancel the contract right up to day of closing. Buyers will usually also ask for minutes of recent meetings so it's good to have those on hand as well.

If your buyer is getting a mortgage, expect to have to endure requests for other documents from the lender that you may not have anticipated. Those can include, among other things, detailed condo questionnaires, master insurance policies and possibly an elevation certificate. If you want to reach the closing table, you'll have to play along, as frustrating as it can be. A little advance preparation can reduce that frustration. Know who to contact when the requests come and make sure you can trust that person to round up the documents promptly. A slow or non-responsive contact can kill your sale. There is a grumpy, well-known property manager on the beach who will take great pleasure in refusing requests from your buyer's lender and your Realtor if she happens to be your contact. It might be a good idea to go ahead and touch base with the person who will be fielding the requests for documents and ask for cooperation. An advance box of chocolates could pay dividends.

Good luck in your selling. The market is strong but the lenders' current documentation requirements and guidelines for condo loans is making the process more stressful and difficult.

"It is hard to imagine a more stupid or more dangerous way of making decisions than by putting those decisions in the hands of people who pay no price for being wrong."   ___Thomas Sowell
Posted by Larry Walker at 9:12 AM No comments:

It's Here - Embrace It

The magic sliver of springtime between the departure of the snowbirds and the arrival of the summer vacationers is well underway. When I walked to the coffee shop from my office this morning there wasn't a single car on southbound A1A in downtown Cocoa Beach. April opened up earlier this week with beautiful blue skies, temps in the high 70s and groups of cobia following giant manta rays just off the beach. Traffic in the aisles of the Publix grocery store is no longer a version of Hunger Games and the Cocoa Beach Country Club has available tee times and is actually able to put golfers without them on the course. I often wonder what snowbirds who have only visited during the hectic January to March season would think about Cocoa Beach the other times of the year.

There were 59 MLS-listed condos and townhomes closed in the month of March in Cocoa Beach and Cape Canaveral according to the Cocoa Beach MLS. Eleven of those were under $100,000 and five were over $450,000. There was one short sale in the bunch and 12 foreclosures. During the same period there were 17 closed single family homes and one half-duplex. None were a short sale and two were bank-owned. Inventory remains at low levels with the percentage of distressed offerings continuing to shrink. 7% distressed today.

Total inventory of condos and townhomes for sale in the two cities is at 278 units with another 15 proposed units optimistically offered by the developer. At the current 50+ monthly burn rate it's going to take a lot of new listings to support the demand.

The beach renourishment work is currently on either side of Minutemen and will move into south Cocoa Beach in the coming weeks. You'd think in 2014 that there would be a better way to replenish beach sand without burying all nearshore life (sand fleas, periwinkles, etc.) and disrupting beach fishing and surfing for months/years. I wonder what would happen if those giant piles of sand from the shoals were placed just offshore south of the Port entrance rather than pumped onto the beach. I'd think (idiot thinking here) that the natural southerly flow of sand that the channel disrupts would replenish the beaches in a slower and less harmful manner. Oh well.

The International Space Station will be visible here tonight (Sat. April 5) barring no clouds. It will appear in the southwest at 8:38 and be visible for about six minutes as it travels overhead to the northeast. Golfers, our Cocoa Beach Business League starts back up next Tuesday. We play nine holes every Tuesday weather permitting and the cost is less than $20 per round which includes skins. Skins winners usually win around $300 but I've seen it as high as $700 on a holdover week. Come join us. It's fun even without a skin win. Ongoing handicapping.

"If your chute doesn't open don't panic. Just try and get it to work. You have the rest of your life to figure it out."  _____Jump School Instructor
Posted by Larry Walker at 9:23 AM No comments: