Bite in the Bight - 5 years later

The Canaveral Bight, the crescent of beach between the north jetty at Port Canaveral and the tip of the Cape, lined with rocket launch towers, has been off limits to fishermen since the events of September 11, 2001. The powers that be recently re-opened this area to recreational fishermen. I took the opportunity to fish with my friends Chip and Carol from Orlando on September 11, 2007. Along with hundreds of lesser fish and a few drag-screaming blacktip sharks, I managed this small tarpon on 15 lb. spinning gear. Back to the market next post. 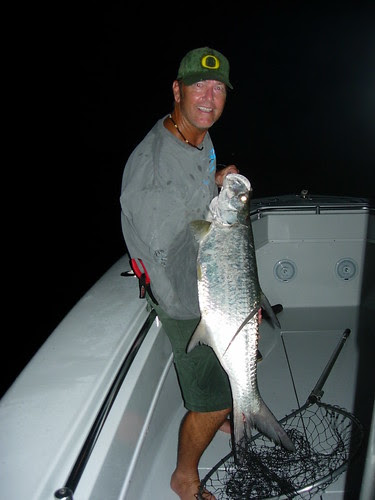 This fish was released healthy to fight another day.

Posted by Larry Walker at 3:51 PM No comments: