What a crazy market it's been so far in 2008. Oceanfront steals have been sparse with most of the jaw-dropping price action happening in riverfront condos and single-family homes. The most outstanding oceanfront deal so far in 2008 was a top floor Crescent Beach Club 3/2 with 1804 sq.ft. and views of both the ocean and across the Banana River to Merritt Island. Closed for $350,000.

A 4th floor 2/2 direct river Four Seasons closed this month for $220,000. That's $167 per square foot for a great river view in a well-maintained complex with a private garage.

As I search the MLS this morning, there are remarkably few aggressively priced direct ocean units offered. I can find several deals in direct river units, however. A sampling would include a top floor over-sized 2/2 Harbor Isles overlooking the Thousand Islands for $269,000 with this view. 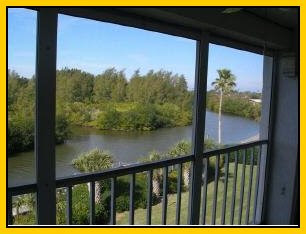 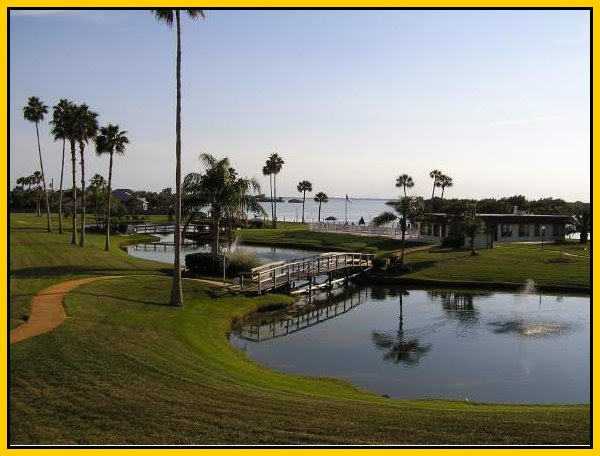 If you hope to pick up a property at a good price, be aware that you'll be competing with vulture investors who are actively scooping up attractive deals as they happen. They are playing hard ball with offers but, in most cases, are offering cash and a fast closing with no contingencies. As I've stated before, you better be able to support your offer with facts. Just offering 20% below the asking price and hoping for acceptance will not get the job done. Keep up with what's happening in our market so you'll know a deal when you see it. I'm still seeing sales close significantly below asking price that are not great deals. It makes more sense to pay full asking price for a $200,000 aggressively-priced listing than getting a 20% discount on a similar unit offered for $275,000. Knowledge is power. Do your homework.

Posted by Larry Walker at 9:12 AM No comments: 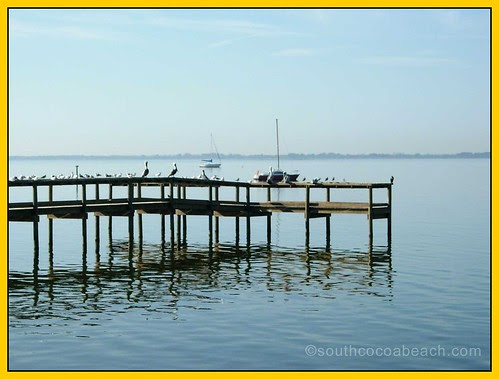 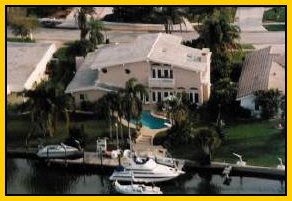 Yesterday's hotsheet revealed a remarkable new listing that qualifies for smoking deal of the moment. The house (pictured above) is 4130 sq.ft., 4 bedrooms, 3 baths with pool and dock room for multiple boats on 90' of open Banana River. Last sold in 2005 for $1,000,000 and listed yesterday by the bank after foreclosure for $534,900. I don't expect this one to last very long.

[update Jan. 17] I inspected the house above this morning and a more clear picture emerges. The photo above was taken some time ago as the pool is now dark green and full of algae. There is no flooring in many of the rooms, damaged sheetrock from a leaky roof, visible mold and other issues. It may still represent a great deal at this price but it is going to require quite a bit of work to restore it to livable condition. Click here to see a slideshow of photos from this morning.

[update Jan. 18] The house is under contract as of today.

Next deal today is a 2nd floor 2/2 in a small riverfront complex in south Cocoa Beach across the street from the beach. Views from the big screened balcony are across the wide part of the Banana River to Merritt Island along a beautiful shoreline (pictured below). This one comes with a deeded boat slip on the open river and is listed for $245,000. Last 2/2 unit sold in this complex this year went for $272,000 without the boat slip. 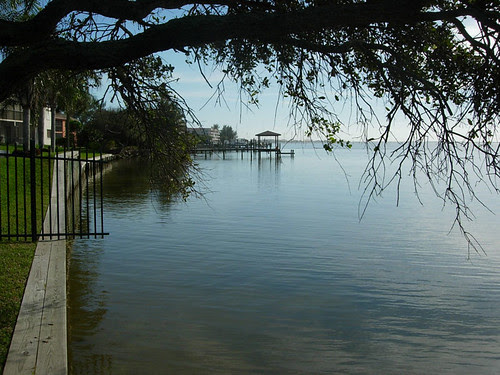 Last of today's deals is a 4th floor direct Harbor Isles, over-sized 2/2 with amazing views across the Thousand Islands for $269,000. This will break new ground in this complex as the last sale of a 2/2 direct river was for $330,000. No photos of this unit.

Email me if you'd like to receive notices of these deals as they surface.
Posted by Larry Walker at 10:19 AM No comments:

Just in case we didn't notice that a new year had begun, Mother Nature delivered a wake-up call in the form of a cold snap to the 30s with howling cold winds on January 2, 2008. As I sit here shivering on January 3rd, the radar is showing snow flurries off the coast east of Daytona Beach. This after the last week of 2007 hovered in the mid 70s with calm, beautiful, beach-lounging conditions.

2007 was a year of major changes in our real estate market. The mortgage market was forever changed in August when the sub-prime nastiness boiled over and, for a brief time beginning August 3rd, over a dozen major lenders temporarily suspended funding. We ended the year with over 200 lenders no longer in business and lending standards tighter than ever. In spite of the drama, deals continued at a steady but slowed pace.

All stats here are from the MLS. Total sales will be slightly higher when private sales are factored in.

Condo sales were weaker for the year in the Cocoa Beach and Cape Canaveral market with 385 closed units compared to 476 in 2006. The highest selling price of a condo unit for the year was $1.875 million for a fully-furnished, 4617 sq.ft. unit occupying the entire top floor of Ocean Estates condo in Cape Canaveral. We had 4 total sales of condos for $1 million or more. There were 8 condo sales under $100,000 and the median selling price was $239,000. There were 42 sales of condos over $500,000 and inventory in that troubled segment of the market is at 126 this morning, exactly a 3 year supply at last year's sales rate. The under-$500,000 supply of 690 represents a 2 year supply at 2007's rate of sales.

We had a burst of condo sales in our office at the close of the year and prices of all those deals broke new ground to the downside. Expect to see shocking low selling prices in the next few months as the weaker sellers are picked off. I will venture a small prediction here for 2008. I think selling prices in the short-term rental condos are close to a resistance point (I like that description better than "bottom" but the idea is the same). My reasoning is that, with the much higher incomes of weekly rentals, these units' owners will have less pressure to sell for give-away prices. Income equals staying power. I think this area of our market represents the most opportunity in 2008 for exactly that reason; income. In all other areas I expect more price deterioration although probably not to the extent that we saw in the last half of 2007. I also expect a reckoning of some sort with the dozens of unsold new luxury condos that are sprinkled throughout our community. There are a handful of developments that are in limbo with no action for months. It seems likely that major price reductions will be necessary to move the supply that has been languishing for months. We'll see.

Favorite posts of the year.

I got more mail, calls and comments about a particular post this year than at any other time in the almost 3 years that I've been doing this blog. That post was the tongue-in-cheek "If Condos Were Watermelons" entry from September of this year. I think the supposition that condos are a commodity clicked for a lot of people. Other favorites were "Reality Check 101" and "Reality Check Part 2" My personal favorite of the year was the photo essay "Seven Reasons for Cocoa Beach in February" That one was the most linked-to post of the year as best I can tell.

Happy New Year all. Stay tuned. This promises to be an interesting year.
Posted by Larry Walker at 7:45 AM No comments: