Between Snowbirds and Summer 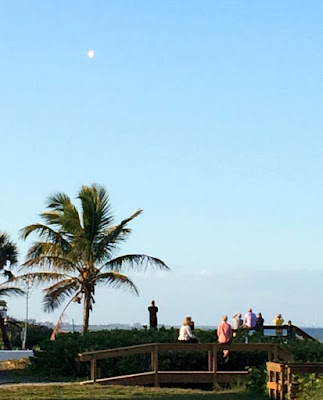 Crowds in south Cocoa Beach watching the SpaceX Falcon Heavy launch a couple of weeks ago. All three boosters successfully landed back on Earth, two on land and one on the drone ship offshore. The rocket on the drone ship was subsequently lost when it toppled overboard in high seas on the return to Port Canaveral. This was my first time seeing the returning rockets as they made their high altitude burns setting up for vertical landings side by side at the Cape. Both rockets were safely on the ground before the twin sonic booms arrived. This whole rocket business never gets old.

Easter 2019 is behind us as we slide into the brief slow season between the snowbirds and summer vacationers. Our supply of condo units for sale stands at 276 units this morning in Cocoa Beach and Cape Canaveral. Sales have been brisk so far in April with 56 units reported as closed so far in the month. We ended March with 71 units closed so, at our current burn rate, we have about a 14 week supply of condo units in our two cities. That helps explain the frequent incidence of multiple offers we're seeing. Demand still exceeds supply.

Single home inventory stands at 62 currently for sale with 27 sold since March 1 so a similar demand/supply imbalance exists there as well. It is imperative that buyers, whether they are looking at condos or single-family homes, talk to their lenders before they start looking at properties. A short delay getting a pre-approval letter could mean losing a desirable property to a more well-prepared buyer. Cash buyers are obviously in a stronger position.

Sellers, please check your MLS listing for inaccuracies and omissions. The condo listings in the MLS without the condo name entered are probably missing showings. It doesn't matter whether the listing agent made a mistake or doesn't know how to enter that info. A missed showing is a potential missed sale. Also, those who elected to go with a MLS entry-only listing to save money may want to reconsider whether the language in the agent remarks stating that "the buyer or buyer's agent will pay a $XXX fee to listing broker at closing" is an enticement or a hindrance. My vote is hindrance.

The ocean water in Cocoa Beach has been Caribbean clear for the last two weeks and is as beautiful as it gets. The Banana River is clear as well after a prolonged period of turbid water. Traffic is noticeably lighter now that Easter has passed and the business golf league has started back up for the year at the Cocoa Beach Country Club. Everyone is invited to join us as we play nine holes every Tuesday, tee times anytime between 12 noon and dark. Skins and closest to the hole prizes for those that want to participate. Join us. 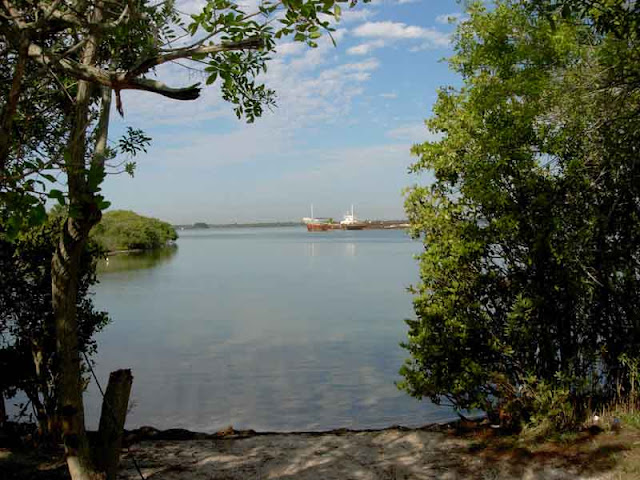 "It makes sense to dance while the music is playing." __G. Maynard Krebs
Posted by Larry Walker at 11:19 AM No comments: