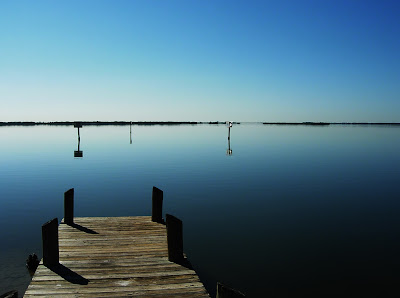 Short sales have been very much a part of our market for the last two years. The percentage of closed short to total sales in recent months is at or near the historical peak even as inventory of short sales (and foreclosures) has dropped to below 20% of all residential MLS inventory in Cocoa Bach and Cape Canaveral as of this writing.

Every short sale has a life of it's own and, in my experience, no two take the same path to eventual closing or failure. The fate of a short sale rests primarily with the listing agent and her negotiator (if she is smart enough to have one). It is the listing agent's (or her negotiator's) responsibility to gather the paperwork required by the lender(s) and to timely submit complete packages and to follow the convoluted steps from start to finish. A good listing agent will keep the buyer's agent informed of progress, or lack thereof, along the way. Most fail to do this during the long process. I thought I'd relate my experiences with several recent short sales.

Short sale number one had a contract that was executed on December 18, 2009. It was initially negotiated by an attorney hired by the seller which left the listing agent out of the loop. This listing agent is experienced and determined and refused to be kept out of the info flow. She dogged the attorney's office for progress reports when they failed to offer them and shared those updates with the buyer's agent during the first seven or eight months of negotiations. When the attorney's offcie was unable to get approval, the file was handed over to a title company to attempt to resume negotiations. At slightly more than eleven months since the offer the sale closed. Without the listing agent's persistence and sharing of progress with the buyer's agent this short sale would likely not have happened.

Short sale number two also had an attorney hired by the seller involved. The attorney's office was uncommunicative with the listing office and seemed not to understand the process. By the time the bank finally issued acceptance well over a year later the buyers had moved on. Maybe better communication from the attorney could have kept the buyers engaged and committed. Maybe not.

Short sale number three also had an attorney negotiating with the bank. This experienced and competent lawyer was able to get approval relatively quickly except that the bank wanted the seller to contribute some cash at closing in exchange for release from all other liability. As the seller didn't have any cash this looked to be a deal killer but, in this case, the contract price was low enough that the buyer was willing to contribute (with the bank's knowledge) the amount for the seller and the sale closed. Seller walked with no liability and the buyers got a great deal.

The attack of the listing agent:

Last weekend I was stymied yet again by the same office that keeps all listings' keys in their office and is closed on the weekend. Not a problem when the buyer's agent has advance notice but for those not uncommon times when a client shows up unexpectedly on a weekend and wants to see properties, all of this office's listings are off limits. I won't even go into the 22 mile double round trip necessary for agents from downtown offices wanting to show downtown listings.

I showed a property recently which was easy to show as the showing instructions said to pick up the key in the condo's office and show. Great, except that after showing and deciding to present an offer, there is no answer at the listing office during weekday business hours and the agent does not respond to email AND his cell phone goes directly to voice mail with a full mailbox. The listing agent responded for the first time 48 hours after the offer had been emailed to him and three days after the offer was first presented, no further response.

Another listing agent responded to a call for showing instructions with the tidbit that the short sale unit was "disgusting". We looked at it anyway and decided to make an offer. The agent quickly acknowledged receipt of the offer and then stopped answering emails and phone messages. Next contact was six days after presenting our offer with the news that she had received another offer and we should present our best offer. We revised our offer and presented it with her quick acknowledgment of receipt. She then went back into blackout mode and finally responded two days later with an email that she had two offers and was "processing" them. We are now 10 days since the initial offer and she is incommunicado. We may need an intervention from her broker to force her to do her job. However, having displayed her incompetence in the listing process, we are concerned that she will have the ability to close a short sale. I suspect she won't.

Unfortunately, these are not atypical experiences. If you are a seller, it is a good idea to ask your agent how your property is to be shown. Requiring buyer's agents to go on a scavenger hunt to get the keys is only effective as a deterrent to a sale. If you have a tenant in your property, have a talk with your tenant before listing and make sure they understand that they must allow showings. I can' tell you how often I call to show a tenant-occupied property only to get some weak excuse from the tenant why today isn't a good day. In it's most extreme case I have known tenants to change the locks so that the listing agent's keys wouldn't open the door. You may think your house is for sale when it's really not.

Have you called your listing office today? How about the listing agent? If buyer's agents can't get through to your agent or her office, you are less likely to sell. Guess which days are busiest for showings. Saturday and Sunday. Guess which days real estate offices are most likely to be closed. Yep. Pick up the phone and call your listing office on the weekend. Call your listing agent any afternoon on her cell. If you're not getting answered buyers agents aren't either.

If yours is a short sale it is critical that your listing agent or her negotiator be experienced in the process. Your sale may be complicated enough that you'd be better off with an attorney. If you decide to use an attorney for the process be sure to hire one that specializes in distressed sales. Not all attorneys are competent in short sale negotiations. A good one should be able to get you out with less post-sale liability.

A last comment about listing agents; There are many good ones. I find myself across the closing table from the same ones again and again. I respect and admire many of my listing colleagues and appreciate their professionalism. You know who you are. It is the not-small number of incompetents who make the road bumpy for their clients and those of us representing buyers that I have a problem with. Match one of these with a difficult and unreasonable seller and you have a headwind of epic proportions.

We've enjoyed a few days of beautiful December weather after the bitter cold snap earlier this week. The shot at the top was Thursday this week, windless and in the 70s. Happy and safe holidays to all.

I can see every monster as they come in.__Truman Capote 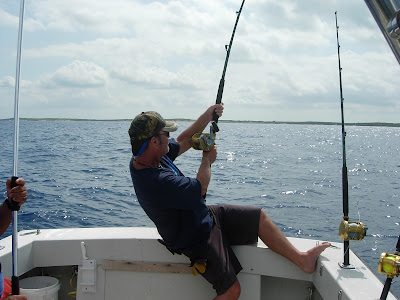