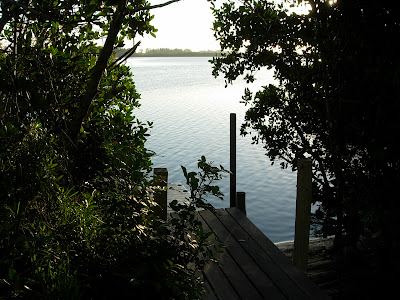 November by the numbers 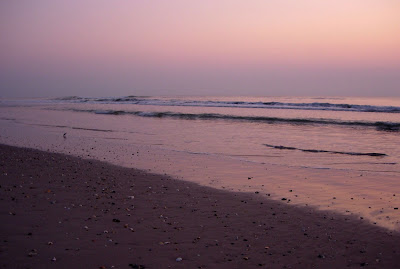 Before 2009 we could always count on seasonal trends in real estate sales in Cocoa Beach and Cape Canaveral. A chart of the years before 2009 shows the same general trend, the year begins slowly but ramps up rapidly into February and peaks somewhere during the spring and then begins a steady decline from mid-summer through the end of the year. That trend has been absent the last three years.  We can no longer count on the "spring selling season" or a very slow autumn. The biggest month in the last five and a half years was August 2011. Go figure.

For the month of November 2011 the Cocoa Beach MLS is reporting 49 residential sales in Cocoa Beach and Cape Canaveral, 37 condos and 12 single-family homes. There were only 8 sales below $100,000 largely because there is very little inventory left in that segment of the market. [Interesting tidbit: in 2007 there were only 8 sales the entire year for less than $100,000.] Thirteen of the 37 condo sales were for more than $200,000 with the bright spot being Magnolia Bay in south Cocoa Beach with four closed sales in the month between $340,000 and $450,000.

Only six direct ocean units closed in the month. Lowest price paid was $220,000 for a 4th floor 2/2 Canaveral Sands and highest was $348,000 for a 3rd floor Constellation 3/2. Others included Stonewood, Waters Edge, Ocean Pines and Cocoa Beach Towers.

"It is not likely that dullards, even if they make up the majority, will systematically outsmart and enrich themselves at the expense of a minority of bright and energetic individuals."         ___Hans-Hermann Hoppe
Posted by Larry Walker at 11:27 AM No comments:

A random walk down A1A 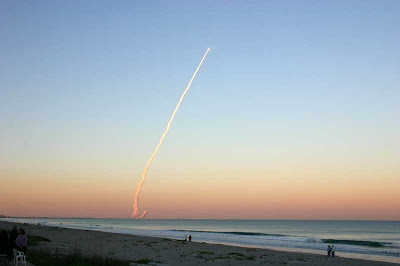 It's been an interesting year. I have seen abundant displays of greed, incompetence,  braggadocio, laziness, some old-fashioned craziness and, in the interest of fairness, a few cases of extreme professionalism. No, I'm not talking about Presidential candidates or Wall Street CEOs. I'm referring to my fellow practitioners of the gentle art of used condo sales. As sales have ramped up this year some of the boys and girls of real estate have been behaving with the grace of mace-wielding shoppers clutching two dollar, Black Friday waffle irons.

One random example: A listing broker told me recently that he was making so little money on his flat-rate listing that he wasn't going to expend any effort or expense to try to get our contract to close. This over a small issue that might have killed the sale. Problem with this flat-rate listing approach besides making very little money for him is that he doesn't care if the listings sell. The seller saved some money but probably had no idea how close his low-bid listing broker came to dumping the sale days before closing. We did close, no thanks to him. I wonder if the five other flat rate listings for the same seller are still languishing unsold because of the same self-inflicted lack of motivation.

Unrelated change of subject; While blistering condo sales in 2011 were getting all the attention, single-family homes were having an equally stellar year. Since January 1, 110 homes have sold in Cocoa Beach. Compare that to today's total for sale inventory of 60 properties. Canal and riverfront homes make up about half our home sales in Cocoa Beach and the numbers there are similar to the whole; 56 sold in 2011 and 28 actively for sale today.

A few random, pretty pictures for your consideration; 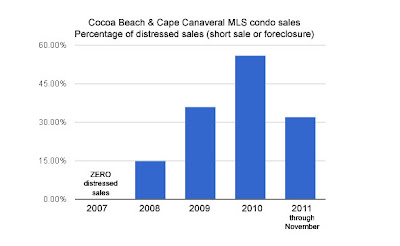 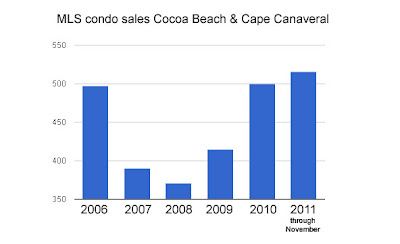 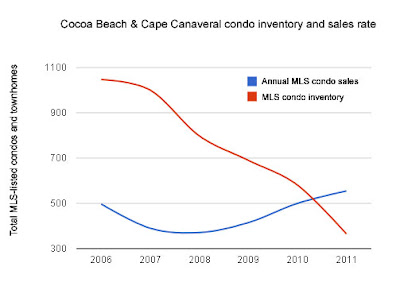 "The commitment to repaying a debt is inversely proportional to the age of the debt." _____Larry
Posted by Larry Walker at 10:01 AM 1 comment: 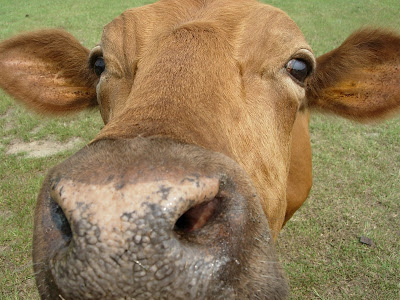 As we approach the end of the year it is prudent for most of us to contemplate year-end actions that might affect our 2011 tax liabilities. For property owners who tried and failed to sell in 2011 and those planning to sell soon, now is also a good time to reevaluate plans and expectations. Following are ten questions that every property seller should be asking themselves.

10: What is the best estimate of actual current market value of my property based strictly on recently sold, comparable properties close in size, condition and location to my property? What that number was last February when you first listed is likely to have changed.

9: Am I asking close to that number and am I willing to sell for close to that estimate or am I praying for a miracle? Like the Florida skunk ape, the existence of the wealthy uninformed buyer with no internet connection who is willing to overpay is still in doubt.

8: What is the supply of similar properties and do I think it's going to increase or decrease?

7: Are there any possible events looming that could affect the value of my property like impending foreclosures in my complex/neighborhood or possible expensive repairs or assessments?

6: Does my property show well?

5: Is it easy to show my property? You may not realize that your tenant has become difficult or that it is difficult for buyer's agents to get showing instructions or that your listing agent keeps the keys in her office rather than using a lockbox. If your listing agent doesn't answer his phone or his office is closed on weekends, you're missing showings to prospective buyers.

4: Is my listing broker offering the buyers' agents the same commission as competing properties? You might be surprised to find that he's keeping more for himself than he's offering out.

3: Do the answers to questions 4 and 5 reveal that your listing agent may be an impediment to the sale of your property? Might be time for a change.

2: How much is it costing me every month that the property isn't sold? In addition to taxes, fees, repairs and interest you have to figure opportunity cost on the equity (if any).

1: And number one; In which direction do I think (based on facts) my property value is headed?

Depending on the answers to all of those questions, it may be time to make some changes in your approach to selling. The market is robust with 655 sold MLS-listed residential properties in Cocoa Beach and Cape Canaveral so far in 2011. That's more than any year's total sales since 2005. Your property will sell if it is priced close to right and your listing agent is doing a good job. As with most of life's endeavors, knowledge is power.


Happy Holidays to all.

"Take your time, hurry up, the choice is yours. Don't be late." __Curt Cobain
Posted by Larry Walker at 10:16 AM No comments: