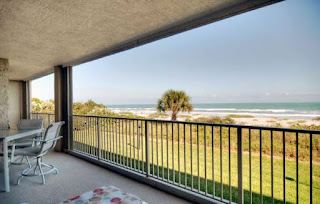 Like single family homes, condo sales were strong in January. A total of 43 MLS-listed units closed in the month is Cocoa Beach and Cape Canaveral. A surprising 44% of those closed sales were distressed, either short or foreclosed. That is not an accurate reflection of the current for sale listings, merely a backlog of formerly-contracted units that happened to close in the month. Only 7% of the 309 active for sale listings this morning are distressed.

"I personally believe that U.S. Americans are unable to do so because, uh, some people out there in our nation don't have maps and, uh, I believe that our education like such as in South Africa and, uh, the Iraq everywhere like such as, and, I believe that they should, our education over here in the U.S. should help the U.S., uh, or, uh, should help South Africa and should help the Iraq and the Asian countries, so we will be able to build up our future, for our children."
__Caitlin Upton, Miss South Carolina Teen 2007