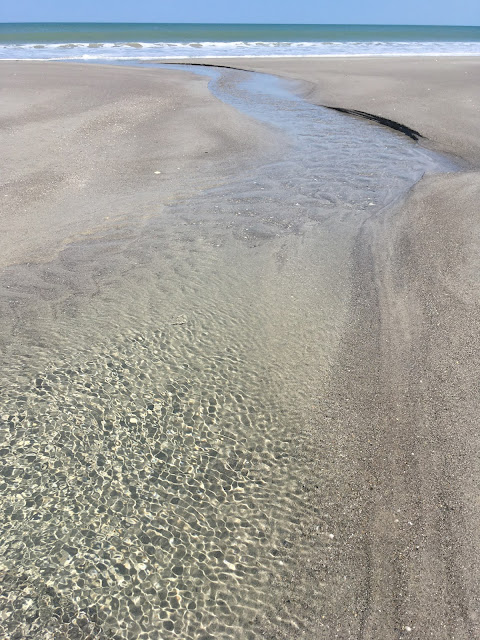 And just like that, it was gone. No, not the coronavirus, I'm talking about the 2100 Towers NE corner penthouse I mentioned in my Thursday post the day it hit the market. By yesterday, three days after listing, it was under contract. This unit is a one-of-a-kind property and even at more than a million dollars and $462 per square foot asking, I am not surprised that it sold so quickly. It was not the only penthouse unit to sell yesterday. The top (5th) floor SW corner unit at the new Flores de la Costa building in north Cocoa Beach was also contracted yesterday. It is a brand new, never lived in 4/3 unit with luxury fixtures and finishes and two garages. Asking was $789,000.

In addition to those two units, ten other residential properties in Cocoa Beach and Cape Canaveral have gone under contract since last Thursday. Prices and types are varied; oceanfront, riverfront and landlocked, condos and homes, prices from $105,000 to $650,000.

Cocoa Beach now has ten confirmed coronavirus cases and Cape Canaveral is holding steady at two. This even as Florida posts the sixth highest daily count of new cases in the nation. Because of the virus, Cocoa Beach High School graduation was different this year. Rather than crowd everyone into the school courtyard like we usually do, the seniors made their walk over the boardwalk and along the beach with a spaced out crowd of family and well-wishers cheering them on. It will be a great memory for these seniors whose senior year was interrupted. I suspect we will see future graduating classes continue the tradition. Seems fitting for a school that is 1.4 miles from the beach. 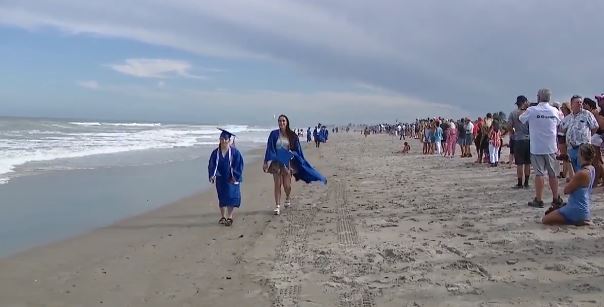 It is being reporting that the Governor has lifted the vacation rental ban for Brevard County as of Friday but I can't find an announcement from the County confirming that. In addition, they have yet to publish the procedure changes that are going to be required as rentals resume. Our County Commission has never been known for fast action demonstrated most recently by taking four days longer than other counties to submit a coronavirus vacation rental plan to the State. I got to see this inefficiency in action and up close when the River Falls neighborhood tried to block Magnolia Bay from being built.

Memorial Day weekend got off to a busy start here in Cocoa Beach on Friday afternoon but we woke this Monday morning to rain squalls and overcast skies. That lost day of holiday business is going to be missed by the just-reopened businesses here. Regardless the weather this is a day that we remember those who have sacrificed their lives for our country. We remember them and hope not to take for granted what it was they died for. We are in this together.

In other news, the local band, Hot Pink, performed a concert from the upper deck of the paddlewheel Indian River Queen to a big crowd of fans aboard over a hundred scattered boats in the Indian River on Saturday. This was probably one of the safer gatherings around the state this weekend. Crowds elsewhere were not so distanced.

As of right now, the first launch of astronauts from American soil since 2011 is scheduled for Wednesday but weather is looking to be iffy. Whenever it does go, this is a huge thing for American space exploration. Even as the astronauts go to the space station this week on the SpaceX Crew Dragon spacecraft, the Boeing X-37 space plane is already in orbit, unmanned but ready to carry humans on a future mission. Our sights are on the red planet on a yet-to-be-built craft.

“The truth will set you free, but first it will piss you off.” ___Joe Klaas