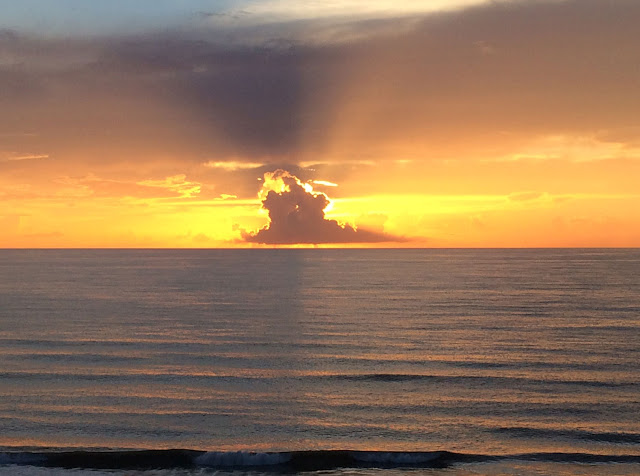 It Fell and Can't Get Up 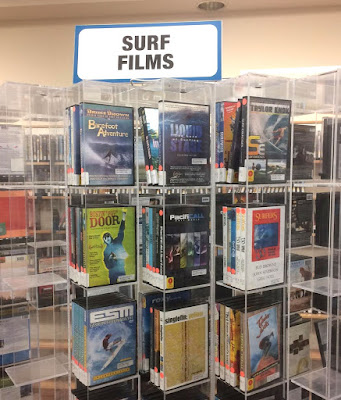 You know you're in a beach town when the front rack of DVDs at the public library is all surf flicks. Cocoa Beach Library DVD room pictured.

Will the Cocoa Beach and Cape Canaveral real estate market ever return to a healthy supply of properties for sale? I hope for more inventory but I'm not optimistic. Our historical supply peak was in 2006 when we had just under 1200 condo and townhouse units for sale. The long decline began the following year with short sales and foreclosures dominating activity and continued dropping through 2015 when we bottomed at less than 200 units for sale with the distressed inventory depleted. We are only slightly above that number at present with 222 existing units for sale. At the sales rate we averaged last year, we have enough inventory to make it to mid-July. There were 24 new condo listings in the week from Sunday March 5 through March 12. Seventeen units were contracted during the same seven days. There does not seem to be anything suggesting an increase in the supply in the foreseeable future. Barring external events this should continue to urge prices higher.

There are 46 direct ocean units with a view currently available, over half asking above $500,000. Lookers are out in droves but are having an increasingly difficult time finding fairly priced listings. Sellers are listing properties above fair value and hoping for a home run. Over 60% of the total listings have been on the market over 60 days, a clear sign of overpricing in a year when two out of five sold properties were on the market less than a month.

I think it's safe to expect prices to continue to rise in the near future. Slightly higher mortgage rates seem unlikely to impact sales with 60% of all condo sales so far this year having been paid for with cash. Things are only slightly different with single-family homes, 40% of those purchases this year paid for with cash. Good hunting if you're looking. Know that you're not alone and need to be ready to move quickly if you hope to succeed in your search.

"it’s a lot of work not being cynical. Sometimes it just ****ing sucks. Because you have to listen to both sides of every argument – ARRRRGHHHH! All the time it takes, damn!"  ___Henry Rollins
Posted by Larry Walker at 8:24 AM 2 comments: 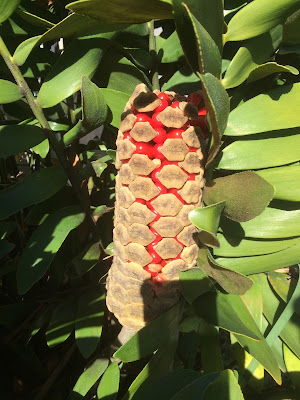 Real estate activity in Cocoa Beach and Cape Canaveral continued at the same steady pace last week with 28 residential properties going under contract in the week from Sunday, February 26, to March 5. Six of those were on the market for a week or less. The inventory was barely changed with 27 new listings hitting the MLS during that same seven-day period.

There are currently 66 single family homes for sale in our two cities, exactly half of which have been on the market for less than two months. There are 244 condos and townhomes for sale, 27 of which do not exist yet giving a prospective buyer a universe of 217 existing units from which to choose. If an oceanfront building is a must-have, that number shrinks to 89 units with a median asking price of $375,000. A buyer looking for a direct oceanfront unit with at least two bedrooms and two baths asking less than $300,000 has two possibilities, both ground floor.

Closed sales for the month of February 2017 were considerably stronger than the same month a year earlier with 42 condos and townhomes closed, 40% of which were on the market less than a month and half of which were purchased with cash. Sixteen single family homes closed in February with a median time on market of 80 days. A third were purchased with cash.

The routine has not changed for those hoping to purchase. Have your financing and/or cash in order and be ready to move quickly when an attractive target presents itself. The best properties are going to those who act quickly. Our ongoing inventory shortage is showing no signs of abating.

After two days of temps in the 50s our winter that wasn't resumed with daily temps in the mid 70s to high 80s. The pleasant weather has made for crowded and slow conditions on the always packed (this time of year) Cocoa Beach golf course. For maximum enjoyment, golfers are advised to bring plenty of patience. The foursome in front will almost certainly be scavenging balls from every water hazard along the way slowing the pace even more.  After Easter, it's "back to good" to quote Matchbox 20.

Here am I floating
round my tin can
Far above the Moon
Planet Earth is blue
And there's nothing I can do.  __David Bowie
Posted by Larry Walker at 8:58 AM No comments: