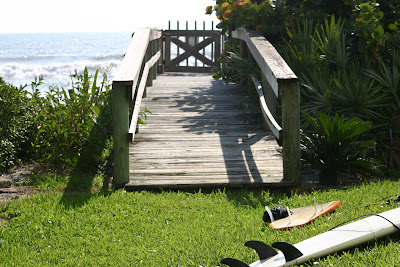 As of this morning the Cocoa Beach MLS is showing 52 condos and townhomes sold in Cocoa Beach and Cape Canaveral in the month of November. Just over half were purchased for cash and almost a third were on the market for less than two weeks. The inventory is hovering just above 200 existing units and sales for the year look to come up just shy of last year's record 710 sold units. 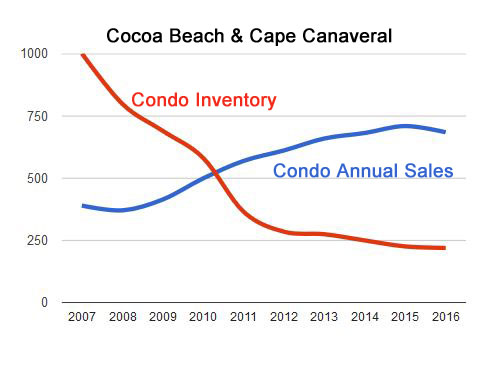 Four riverfront 2/2 units with garages in Cocoa Beach closed at prices between $230,000 and $255,500 at Commodore, Beachwalk, Sunset Harbor and Diamond Bay. One lucky buyer scored the most desirable unit at Harbor Isles in Cocoa Beach. The totally remodeled top floor southwest corner 3/2 in the south riverfront building closed for $380,000. The view over the islands from this unit is unequaled in Harbor Isles.

There were two weekly rental oceanfront units sold in November. One was a 2nd floor poolside unit at Cocoa Beach Club that sold for $250,000 and came with a seven year special assessment. Ouch. A 2nd floor direct ocean Boardwalk 2/2 in downtown Cocoa Beach closed for $312,825 with a garage.

A 4th floor direct ocean Stonewood 3/2 in mainly original condition with 1588 square feet sold for $360,000 while a totally remodeled 8th floor 2/2 Sand Dollar floor plan with 1470 square feet closed for $465,000. A rare 7th floor NE corner 3/2 in the "A" building at Royale Towers sold for $500,000 fully furnished. Amazing unobstructed panoramic ocean views from this unit with a wrap balcony. A gorgeous 6th floor totally and beautifully remodeled 3/2 unit at Constellation sold for $585,000 the first day on the market. These upper floor units at Constellation have, in addition to direct ocean views, wide open views from their west balconies across the three mile wide Banana River to south Merritt Island in the distance. Highest price paid in the month was $610,000 for a direct ocean 4th floor SE corner 3/2 Cape Club in Cape Canaveral.

Eleven single family homes and one half-duplex also closed in the month. Lowest price paid for a waterfront single family was $329,900 for a small 3/2 on a canal off Minutemen Cswy. Highest recorded price was $765,000 for a gorgeous totally remodeled 3296 square foot Key West style 5 bedroom, 3 bath on a canal with island views, 2 car garage and pool. Five of the total were purchased with cash and half were on the market less than a week and a half.

The Cocoa Beach Art Show was excellent again this year with a great lineup of musical artists on the big stage at the west end of the show on Minutemen and a ton of great art on display. The spirit of our small town is really captured in these street events with the Thanksgiving show being the best example. A very big thanks is in order for Steve Romano and all the other volunteers who pulled this annual event together after the desertion of the Space Coast Art Festival in 2014. Ironically, that event found themselves without a venue this year while the adolescent Cocoa Beach Art Show carried on in fine form as if it had always been there. Well done, guys.

"It's a black fly in your Chardonnay." __Alanis Morissette

Posted by Larry Walker at 8:36 AM No comments: