Fear and Loathing in Cocoa Beach 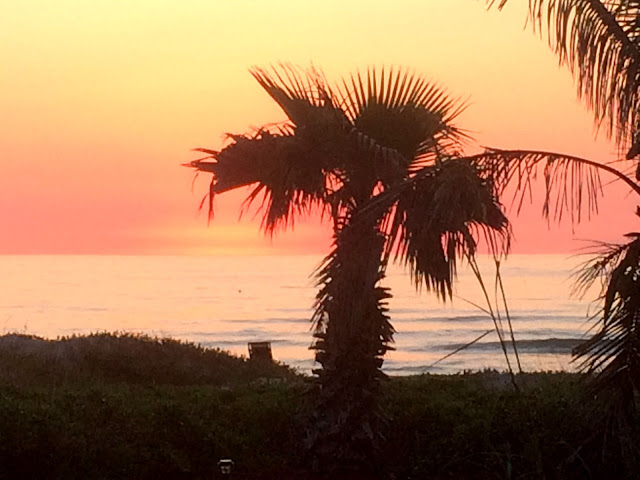 I apologize for the long interval between posts. Over the last couple of weeks I began writing two different tales of shenanigans and outrageous behavior in the local real estate market, a favorite subject for writer and reader. Alas, a moment of level-headedness led me to shelve both articles. Rather than leave the reader hanging, briefly, one was about an episode of collective insanity at one of Cocoa Beach's largest (and tallest) condos. After years of willingly filling out prospective buyers' lenders' questionnaires, the association decided that they would no longer complete the required form. I happened to be the unfortunate agent with a buyer seeking a mortgage who was first confronted with the new policy. The association, after refusing to complete the form, referred the lender to the association's attorney who likewise refused citing imagined liability. What the association and their attorney failed to anticipate was the consequence of not completing the form. Without a completed form, the 108 owners in the building would not be able to sell to someone who needed a mortgage to purchase. It would effectively become a cash-only building. Here's what the form looks like for those interested.

After a few owners were alerted to the consequence of the new policy a small uprising ignited, the questionnaire was swiftly completed by a Board member and the loan package proceeded to underwriting, disaster averted.

The other tale of real estate drama I chose not to share was having my behind chewed viciously by a listing agent over some excluded contents in a "fully furnished" condo. She felt that I was being unreasonable in asking for an excluded items list prior to making our best and final offer. We ultimately offered without the list which was then produced, five days after listing, with, in our opinion, excessive exclusions. We ultimately reached agreement but not before I endured a scathing tirade and a hangup. All part of the job. About hangups: I got to thinking that punching the red "END" button on a cell phone, no matter how vigorously, is not nearly as gratifying as slamming a heavy phone receiver into its cradle. The millennials among us will never experience that warm fuzzy. On to real estate activity in Cocoa Beach and Cape Canaveral.

Since May 1, fourteen single family homes and 45 condos and townhomes in our two cities have received accepted contracts and another 70 new listings have come on the market. During the same time 46 properties have closed. Over half, 26, of the sold properties sold for cash, no mortgage. Inventory this morning sits at 206 existing condos and townhomes for sale in Cocoa Beach and Cape Canaveral. There are another 27 pre-construction units offered but they seem to be attracting very little attention despite compelling pricing at at least one of the projects. There are 72 single family homes for sale in the two cities, half of them waterfront and just under half asking over a half million.

Super boat races in the ocean off Cocoa Beach this weekend. Best places to view other than from a helicopter or boat will be in the stretch from about the Pier to Xanadu. The boats will be available for up close viewing on their trailers Friday night downtown. Hope to see some of you there.

"We felt the lightning
And we waited on the thunder."  __Bob Seger