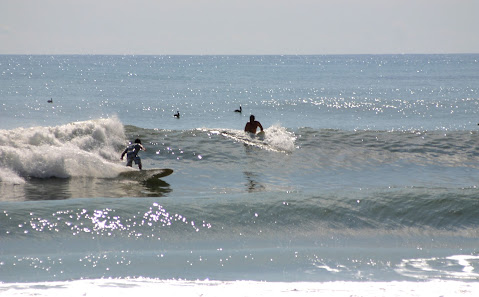 The Florida legislature finally approved legislation addressing condo building safety during the recent special session. The draft as approved requires buildings of three or more stories and within three miles of the ocean, which is all of Cocoa Beach, to be visually inspected by the time they are 25 years old and every ten years thereafter by an engineer or architect. If structural deterioration is found during the visual inspection, further inspections to determine whether the building is structurally sound are required. That means buildings completed before 1992, must complete their first inspection by Dec. 31, 2024. Enforcement is expected to be at the County level with oversight by DBPR.

Beginning Jan. 1, 2025, condo associations will be prohibited from waiving the collection of reserve funds for structural maintenance and repairs which is an item that most condos in our area do not already include in their reserve accounts. The measure also calls for a reserve study every ten years.

We won't have the exact language until the final bill has been completed and signed into law by the end of this year. Big questions include the percentage of reserves that will be required and how the amount for structural reserves will be determined. Concrete repairs can vary wildly depending on extent at time of repair and where on a building they exist so estimating future costs might require the use of a crystal ball. Even without structural reserves the difference in full or partial reserves can be hundreds of dollars a month in condo fees. Whatever the final language it's safe to expect that single requirement to increase condo fees substantially.

The ten year period between reserve studies and inspections is already being questioned as not frequent enough to accomplish the intentions. It is a step in the right direction but some professionals suggest inspections and reserve studies every three years as more appropriate in order to maintain realistic reserves. Condo owners in buildings without reserves and that have deferred structural maintenance are about to have a serious reality check on the real cost of oceanfront condo living. A 25 unit building that estimates they will need one million dollars for a concrete project in ten years will need to add $333 per month to each unit's condo fees right now in order to have that million in ten years. Estimating repair costs a decade in advance is guesswork at best as is estimating the extent of the needed repairs ten years out. What is estimated at a million today might turn out to be five million in 2032. Owners of units in older oceanfront buildings should be prepared for meaningful increases in their monthly fees. Inspections, repairs and structural reserves will no longer be optional and they won't be cheap.

The rate of new contracts on condo units in Cocoa Beach and Cape Canaveral has slowed significantly in the last couple of weeks. The rate of accepted contracts so far in June is at about half the rate we enjoyed one month earlier. In addition to sharply higher mortgage rates I imagine the stock market decline may be affecting those cash buyers who would have been selling stocks to fund their condo purchase. Whatever the reason, we are experiencing a slowdown in activity. Whether it persists is anyone's guess.

Posted by Larry Walker at 11:03 AM No comments: