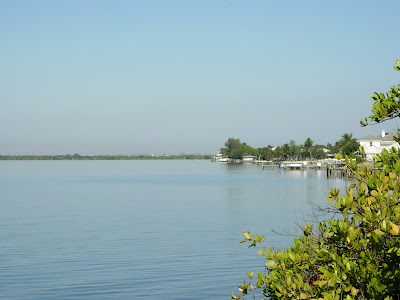 A question that most buyers' agents mistakenly assume their clients know the answer to is; How do Realtors get paid? I am questioned about it enough to know that it is not understood by all. In most residential sales in Florida the seller pays all the Realtors' commissions. Let's look at a hypothetical example of the most common scenario involving a sale of residential real estate in Florida.

Alfie, a veteran agent with Snapper Realty, takes a $100,000 listing from a seller who agrees to pay Snapper 6% for selling her condo. Alfie puts the listing on the MLS offering to pay a buyer's broker 3% for bringing a buyer who closes on the property. Dilbert, an agent in his sixth month with Flounder Properties, brings a buyer who likes the property and a contract is executed for $90,000. The contract closes 45 days later. Snapper and Flounder each receive a check at closing for $2700 (3% each) from the seller's proceeds. Alfie, being a veteran and a mid-level producer, is on a 75/25 split with Snapper and gets a check for $1975 after paying a $50 E & O insurance fee. Dilbert, being a new agent, is on a 55/45 split with Flounder and gets a check from Flounder for $1435 for his first sale ever after only seven and a half months on the job. Not bad for a few minutes writing an offer and presenting it. Right? What was Dilbert doing the seven and a half months before he got his first check?

If he was an aggressive and devoted new agent it went something like this ( this is a fairly accurate description of my first year in real estate except that my one check that year was less than Dilbert's); on days he wasn't sitting floor duty or previewing listings, he showed more than 150 properties to 15 different clients and drove 2000+ miles showing those properties. He wrote 14 offers for five of the clients, five of which were accepted but four later cancelled for various reasons. He finally got the one remaining past all the usual barriers and closed seven and a half months after he first donned the blazer. His formula for success is now apparent. Get some listings, show more expensive properties, write more offers, get a higher closing ratio and a better split with his broker. If all that falls into place, he is on his way to riches in real estate. Should that be slow to happen, he only has to close nine sales per year like this one to creep over the US poverty threshhold of $11,344 after subtracting his self-employment tax of 13.3% (2011). This is before his expenses like MLS fees, association dues, electronic key rental, auto expense, license fees, continuing education and so on. His first few years as a used condo salesman may include a diet heavy on Ramen noodles.

Alfie is in a better position because of his higher split and his listing activity. He only has to close slightly over $2 million to gross 40 large after self employment tax. Realistically, because there are always some sales mixed in that pay less than 3%, dear Alfie needs to close more than $2.5 mil to bust into the highroller range north of $40 Gs. Lucky for him this year, one of Dilbert's clients stopped by an open house at one of his listings, liked the house and he was able to write up a several hundred thousand dollar contract, close the sale and pocket his biggest check of the year. Unfortunately, they never mentioned Dilbert. Poor Dilbert is still wondering what happened to that couple. He showed them a couple dozen houses and actually wrote an offer on one before they disappeared. When he finds out what happened, if ever, it'll be another step in his education.

Buyers take note. If you find a Dilbert you like who is working hard to find you a place, remember him when you're out cruising open houses or browsing listings online. If you speak directly with a listing agent mention that you're working with Dilbert and have him write and present any offers you make. Otherwise you might wind up making an unintentional big monetary gift to a listing agent who by law can't advocate on your behalf when putting a deal together on her listing. For instance, she is prevented from telling you that the seller previously accepted an offer for less than yours and would probably take less than you're offering. Dilbert is not likewise constrained and can advocate on your behalf. If you let the listing agent handle both sides, Dilbert gets a big goose egg for all his prior efforts and your underwear could be flapping in the breeze with your best interest uncovered and your wallet a little lighter.

For the record, neither the equal split between brokers nor the 6% total are universal. There are listings paying as little as 2% either because the listing broker is keeping the lion's share for himself or because the total commission is 4%. Dilbert's take-home pay in a 2% scenario isn't going to put much of a dent in his expenses. He may find it prudent if not a matter of survival to not show those listings paying lesser amounts. Sellers take note. Know what your listing agent is offering to the buyers brokers and consider the implications of choosing the low bidder for your listing.

Idiot, n. A member of a large and powerful tribe whose influence in human affairs has always been dominant and controlling. Ambrose Bierce