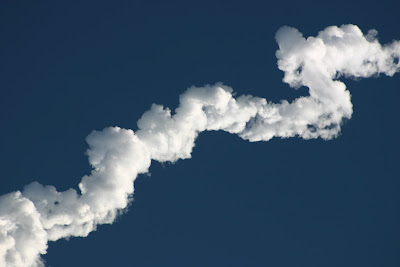 In response to a request for comments on the state of the distressed market:
So far in the month of November there have been 31 closed residential properties in Cocoa Beach and Cape Canaveral as reported by the Cocoa Beach MLS, 25 condos and 6 single family homes. Of those, 5 condos were short sales and one single family home was a foreclosure making distressed sales 14% of the total residential market in November (so far). Our inventory as it stands this morning November 27, has exactly the same proportion of distressed offerings. Out of a total 445 properties (369 condos and 76 homes), 41 are short sales and 21 are foreclosures, 14% of the total, well off the numbers of the recent past. Of the total sales so far in 2011, 31% have been distressed.

Just one year ago, November 2010, a whopping 41% of all residential sales were distressed, 22 out of 54 total MLS-listed residential properties closed in the two cities. The second overwhelming wave of foreclosures being predicted by the "experts" for well over a year has yet to materialize in our market.

Downtown Cocoa Beach is hopping today with thousands of visitors here for the Art Festival which was serendipitously kicked off at 10 AM yesterday morning with NASA's launch of the Mars rover aboard an Atlas rocket. Only in Cocoa Beach.

"You can't find nothing at all, if there was nothing there all along." ---Ben Gibbard 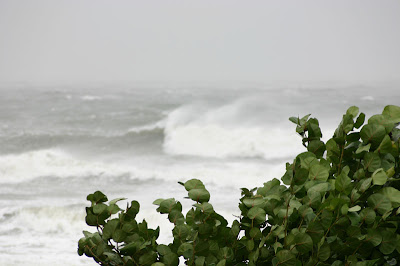 It's the week before the Space Coast Art Festival in downtown Cocoa Beach and historically a slow time for property sales. Not so this year as sales are maintaining the brisk pace of the record-setting October. So far this month, twenty MLS-listed condos and five single-family homes have closed in Cocoa Beach and Cape Canaveral. Only four of the condo sales were for less than $100,000 as inventory in that segment of the market continues to shrink. Magnolia Bay units continue to move with two closed so far in the month for $340,000 and $365,000. Direct ocean units above the ground floor in older buildings with garages are selling in the $163 to $193 per square foot range.
Prices at the uber-luxury Villa Verde building on the Banana River in south Cocoa Beach have been slashed to almost a third of their original asking prices. This 2007 project was a victim of bad timing and no units sold until last month. Prices for the 2875 square foot 3/3 units now start at $345,000 or $120/square foot. In my opinion, an incredible price for this level of construction and amenities.
The bank is selling the last of the developer units at 5 year old Mystic Vistas in Cape Canaveral at prices below $200,000. For a 5 year old luxury 3/2 condo with a peek of the ocean this is quite an aggressive price  (under $113 per square foot). There are five left as of this morning.
A very fortunate buyer was able to get a 3rd floor Cape Winds 1/2 foreclosure for $90,000 before it ever hit the MLS. These units rent for as much as $900 a week. The math is quite attractive at a $90K purchase price.
Other notable sales included;
A third floor Constellation 3/2 in south Cocoa Beach that closed for $348,000.
A side view 2nd floor Solana Shores 3/2 with 2095 square feet for $277,500.
A nicely remodeled 4th floor direct ocean Waters Edge 2/2 in south Cocoa Beach for $260,000.
A 4th floor direct ocean Ocean Pines 2/2 short sale for $230,000.
A 4th floor direct ocean Canaveral sands 2/2 for $220,000.
A 1650 square foot 2nd floor 3/2 canalfront Captain's Cove in Cocoa Beach with a deeded boat slip and lift sold for $175,000.
There are quite a few interesting deals under contract that haven't closed yet that I'll detail in a later post. Be sure to try to make it to the Art Festival in downtown Cocoa Beach Thanksgiving weekend. If it's like years gone by, a good time will be had by all.
Husband points are like Frequent Flier Miles. You can earn a bazillion of them but there is always a blackout period when you really need to use them. ___Dr. Guano
Posted by Larry Walker at 11:45 AM 3 comments: 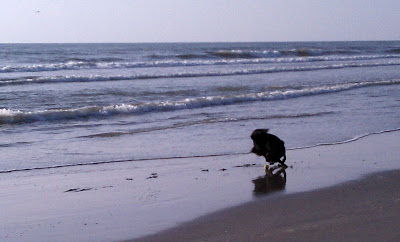 At the end of the day, the power in any relationship lies with the individual who cares the least. __Anonymous
Posted by Larry Walker at 7:56 AM 1 comment: 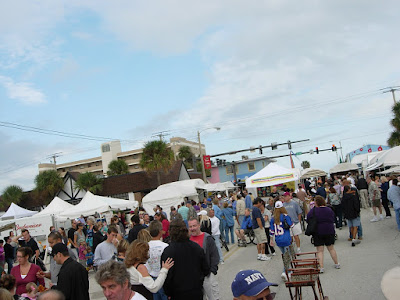 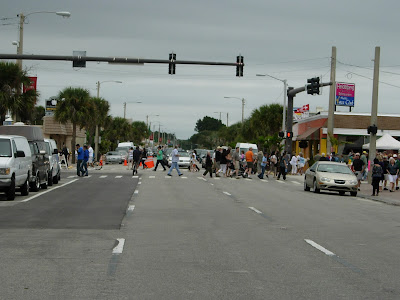 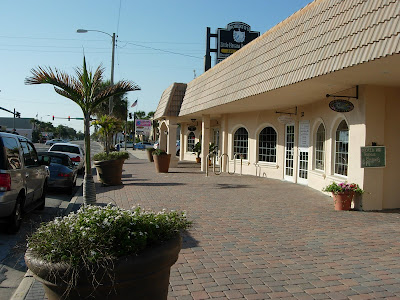 Living in Cocoa Beach just outside the city limits, I can't vote. Even if I could, I do not know today how I would vote. I like the way our downtown is especially with the recent changes (above; paver sidewalks, landscaping, etc.) and I want the businesses downtown to thrive. I also think it would be cool to have a downtown as pictured on the "Vote Yes" posters. I just don't know if that is what will materialize. Could there be "unintended consequences"? I'd appreciate any discussion and clarification. Repeating; I am neither for nor against.
Posted by Larry Walker at 8:56 AM 1 comment: