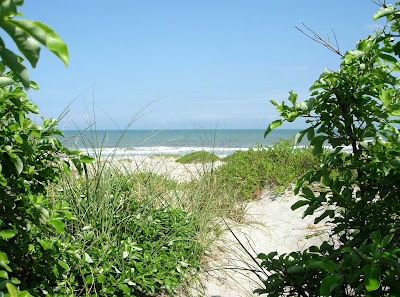 Happy New Year, all. The MLS won't be entirely up to date for a few days but it is close enough this first day of 2011 to look back over the year's activity and make a few observations. Total condo sales in Cocoa Beach and Cape Canaveral for the year look to exceed the total for 2006 for the first time since that year and the total was over 15% more than 2009. 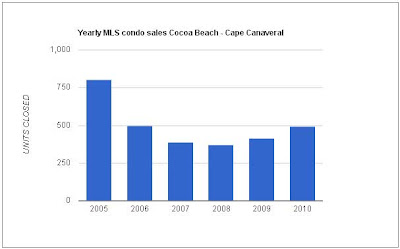 Interesting that this happened even as inventory continued the sharp decline that began in 2007. See below. When the red and blue lines converge we are at a one year supply of MLS-listed condos. 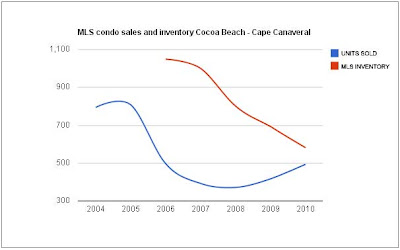 Of the reported 493 total condo sales in 2010 (as of this morning) fully 40% were either short sales or foreclosures. Contrast that with the current condo inventory that is only 21% short or foreclosed. It is interesting to note that, of the 110 single-family home sales for 2010, only 25% were short or foreclosures. This is probably directly related to the fact that speculative buying was much more focused on condos during the boom years.

Mortgage rates stayed at historic lows ( below 5%) for most of the year but began a steep climb in late November and are once again approaching 5%. 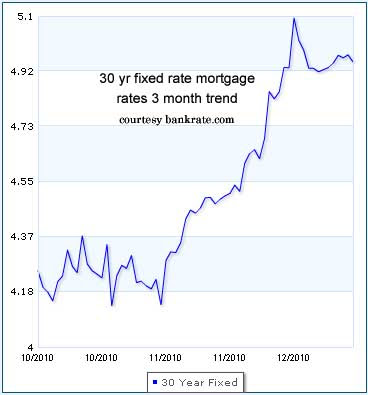 I'll post a December wrap-up with sales of note and other observations in a few days after the listing offices get around to updating their listings. One prediction for 2011: Considering that condo sales in November and December this year exceeded the numbers for those months in all of the preceding seven years including the boom years of 2004 and 2005, I think we can expect 2011 to be another busy year for property sales in Cocoa Beach and Cape Canaveral.