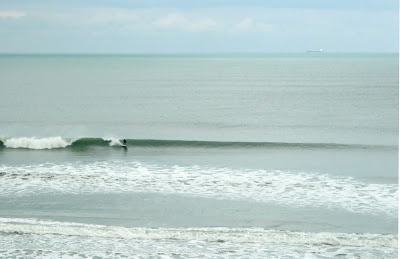 Once again it's time for the July halftime report; what's selling, what's not and my best guess at where we're likely headed in the second half. We hit the ground running in January with a strong sales pace fueled in part by a large number of distressed sales (foreclosures and short sales). As we moved into spring sales numbers remained high but the proportion of distressed sales began to decrease. Sales began to lag last year's pace in May.

In the first half of 2011 there were 276 closed sales of MLS-listed condos and townhomes in Cocoa Beach and Cape Canaveral compared to 255 last year. There were 8 condo sales over the half-million dollar mark in the first half while 99 of the total sold for less than $100,000. Distressed sales made up exactly one third of the total, 45 foreclosures and 45 short sales. Only eleven of the 90 distressed sales exceeded $200,000 while 50 sold for less than $100,000.

Single family home inventory stands at 79 in the two cities with the majority (68) in Cocoa Beach. Over half (42) are waterfront, lowest asking price $239,900. Only five of the 79 are distressed, two foreclosures and three short sales.

Lower numbers of distressed listings and the severely depleted inventory will lead to continued slowing of sales through the second half.

Probable bottoming of condo prices in the lower price ranges because of the supply and demand dynamic.

Continued downward pressure on condo prices in the highest price ranges for the same reason and the fact that many recent purchasers of luxury units are underwater.

With three quarters of current condo sales closing with cash, mortgage rates will continue to be mere background noise. The high rate of cash sales will likely continue based on two factors. One: Mortgages have become increasingly difficult for condos with many mortgage-contingent contracts failing to close. Two: the less obvious factor is the current low yield on savings that has savers looking for alternative tangible investments like property over eroding US dollars.

The absence of three or four Space Shuttle launches a year is going to have some impact on local businesses. Whether that will trickle down to the property market remains to be seen. We've known this was coming since the President announced the end of the program in 2004 so it seems likely that much of the impact to the property market is already baked in. We are still the closest beach to Orlando and the coolest little beach town in Florida, only now without the Space Shuttle. With the last mission in orbit as I write this, the outcome will be evident shortly.

"Prediction is difficult, especially about the future." ____Niels Bohr