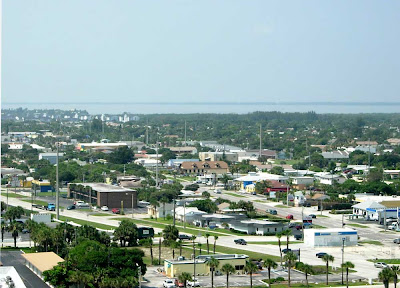 Let's compare January 25, 2010 to January 25, 2009. This year 57 contracts have been accepted since New Year's Day with 19 of them short sales. Last year saw only 39 contracts in the same period with 16 being short sales. Our condo inventory in Cocoa Beach and Cape Canaveral shrunk by 162 units since last January while single family home supply increased by 20. Closed sales so far this month have exceeded last January's total. That and the increase in accepted contracts so far is encouraging except for the low inventory. Unless the spring flood of new listings happens soon, the increase in sales will likely fizzle. Picking off the good ones at the moment is requiring even more aggression on the part of buyers.

OK, now for a couple of stories from the trenches for those of you who like that sort of thing.

I called a listing agent about a new oceanfront condo listing last week to get in and preview for an out-of-town buyer. She informed me that because there were tenants in the unit who wanted to be disturbed as little as possible that only pre-approved buyers would be allowed to view the unit. No problem, my client is paying cash and has bought multiple similar condos in the last year and is very interested in her listing. I have successfully put together several purchases for him by viewing the properties and sending photos and handling the purchase without his ever setting foot in the units. Not good enough. Only agents accompanied by their pre-approved clients will be allowed into the unit. What the..? This is the kind of idiocy that agents wanting to sell property are faced with daily. And I thought having to drive across town to pick up a key to show a property next door was annoying.

Then there's the group of siblings I met with last week about selling their recently inherited condo to an interested buyer. I provided them with the three latest comps in their building. They informed me that another real estate agent had "appraised" their unit at a number $65,000 above the recent sale of an identical floor plan in much better condition and that they wanted to net $88,000 more than that last seller. I replied that that was very unlikely to happen considering the reality of the comps. After an uncomfortable silence with all of them staring at me like I had just sprouted antlers, one of them stated that he had just read that the market was moving up and that their expectations were realistic. They did call back a couple of days later and said, after thinking it over, they'd accept a mere $38,000 above what the last seller accepted for his nicer unit. We'll probably see this unit listed on the MLS soon by the agent that gave the crazy high "appraisal". His strategy is a well-used one, lead sellers to believe that their property is worth more than it is, get the listing and wait for the market to deliver a dose of reality. Then you can start dropping the price and, hopefully, eventually attract a buyer and cash a commission check.

"Take nothing on its looks; take everything on evidence. There's no better rule."_______Charles Dickens