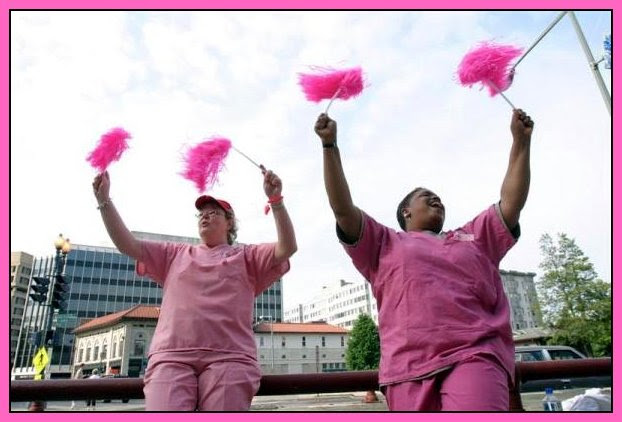 The National Association of Realtors has been at it again, spinning the latest home sales and inventory numbers. They've been joined by thousands of eager agents with new real estate blogs hoping to snare a buyer off the internet. By and large the blogs contain the same self-serving, blindly optimistic message that NAR has preached through the entire downturn. Here's a subjective look at NAR's "Now is a great time to buy" campaign from one year ago. Blogs are now being touted as the hot new marketing tool by the gurus of realtor self-promotion. I think most agents would have more credibility if they just dressed in pink and waved pom-poms like the ladies above while wearing "Time2Buy" buttons. At least these two were doing it for a good cause, breast cancer awareness.

I've taken a little heat from my peers for my cautious commentary and occasional warnings about the direction of the market even as those predictions have turned into reality. Some of them apparently perceive this blog as being contributory to our market downturn. I'll borrow a quote from this month's Wired magazine editorial in response. "Dude, when you see the truth as a takedown, you know you've crossed that line into the kook zone."

As always, I will continue to report on our market without slanting the truth in hopes of generating a commission check. Shame on any realtor who does otherwise.

Here are a few haircuts of note from November 2007. 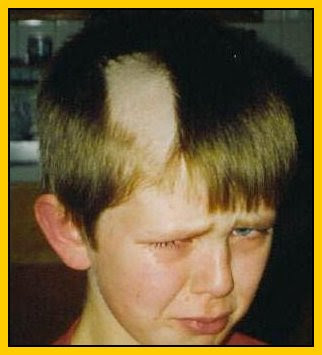 Our second painful coiffure in November was a 2nd floor corner direct ocean unit at The Sands in Cocoa Beach. It was first listed in April of 2006 for $535,000. At various times the seller was offering 1 year's HOA fees, home warranty, closing costs, rate buydowns and even plasma TVs in an attempt to entice a buyer. Perhaps an earlier price reduction would have sold the unit. Closed yesterday for $300,000. Ouch! 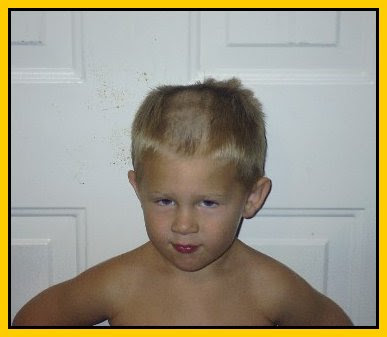 There were also a few closings of foreclosed and otherwise distressed properties last month. How about a 2 bedroom townhome in south Cocoa Beach with garage, 1 block from the ocean? Sold for $125,000. A 2/2 Banana Bay foreclosure? Sold for $157,900. Banana Bay townhomes sold for as much as $250,000 just 2 years ago. We don't have a ton of properties on the market with such radical reductions but they are out there. Buyers, please do your research before making an offer. Sellers, four important words, "tick tock, tick tock". Know your cost of waiting before drawing a mental line in the sand.

"You have to learn the rules of the game. And then you have to play better than anyone else."

Posted by Larry Walker at 1:24 PM No comments: