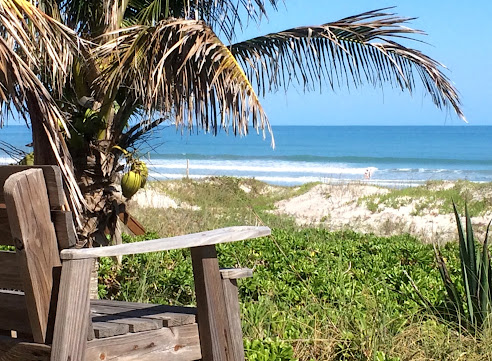 When I began writing this blog sixteen years ago in March of 2005, the Space Shuttle was still flying, the national average 30 year fixed rate mortgage was 5.77% and anyone, regardless of income, assets or employment, could qualify for multiple mortgages. New condo construction was happening everywhere and investors were reserving pre-construction units as fast as they were announced. Some developments used a lottery system to allocate units to prospective buyers. Most developers were allowing reservations on newly announced units for 10% of asking price and were imposing no restrictions on flipping prior to closing. It was not uncommon for early investors to make five or six times their initial investment when flipping their pre-construction contracts. It seemed everyone was a real estate investor and many people were holding multiple pre-construction contracts on new projects anywhere they could get their hands on one. Mortgages were readily available and holding contracts obligating one to purchase millions of dollars of new condos seemed perfectly normal nevermind that some of those investors were making less than the mortgage payment on even one of their reserved units. It worked out very well until it didn't.

In the short section of south Cocoa Beach between Patrick Air Force Base and the fork in A1A there were over 200 new condo units either under construction or slated to break ground shortly. Cheapest asking price was a lower floor Magnolia Bay for $549,900 which hadn't yet broken ground. The delay they experienced pushed their completion past the beginning of the crash and almost all investors walked away from their deposits without closing. That became common with projects that didn't close before 2006 and we saw several defaults from developers including several of those projects in south Cocoa Beach. When the buyers disappeared, some developers began renting unsold units to keep a little cash flowing with one converting an entire oceanfront building into vacation rentals. That latter one worked out quite well from what I can tell with the developer still holding and renting the majority of the units in the building fifteen years later.

Our inventory in March of 2005 was around 450 condo units (including pre-construction) and 50 single family homes in the two cities of Cocoa Beach and Cape Canaveral. That inventory would go on to more than double in the next twelve months as the party started to wind down and new investors raced for the exits. Their departures began the wave of short sales and foreclosures that took more than five years to unwind. The inventory contraction that began as those distressed sales worked through the system didn't stop when the distressed inventory was depleted in 2012 and has continued right through into 2021. This morning I see that we have 65 total existing condo units and 14 houses offered. Fourteen houses for sale in an area with a population of over 35,000 people. We had more than three times this inventory just one year ago. We have been in uncharted waters for some time now and I have no idea how this is going to work out although we are getting into extreme shallows now. Agents who have been used to executive-level incomes will probably need to be making some consumption adjustments. I predict we'll lose quite a few of the agents we've seen working this tiny market. It happened before and is sure to repeat as sales fall with the inventory. It's as natural as poor mango years following a good one.

The Cape Spaceport has been busy with a couple of launches in just the last few days. SpaceX now has over 1200 satellites deployed in their Starlink constellation which is bringing fast internet to remote areas worldwide. The Falcon rocket from yesterday's launch landed on the drone ship offshore completing it's ninth space mission. It's amazing to see the rapid advances in space flight and research and I feel fortunate to live in a place where I get to see some of it firsthand.

"I would exercise caution with pre-construction condos and be aggressive (low) with offers. We have shifted from a seller's market to a buyer's market in high-end condos in a very short time." __Larry - March 4, 2005