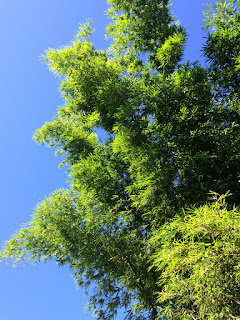 I almost choked on my salmon nigiri last week when I read the headline "Cocoa Beach City Staff Proposes 20% Tax Rate Increase". After a quick self-administered Heimlich, my suspicious nature re-engaged and I began to suspect a facts massage. Yep. The proposed 20% increase being reported was to the City of Cocoa Beach millage part of the property tax bill, result of which would have increased Cocoa Beach property owners' tax bills by .1% not 20% as shouted by the anti-tax crowd. Technically correct but a blatant twisting of the facts intended to mislead residents. For the record, had the increase been passed, our fair city's tax rate would still have been far less than the majority of areas in our county including Satellite Beach, Palm Bay, Melbourne and Rockledge among others. If a one tenth of one percent increase in my property tax will contribute towards improving infrastructure (City Hall in this case) in my home town I'm for it. Shame on the folks who tried to mislead the public with their sensationalist red herring.

This morning during the final of the Jeffreys Bay Open pro surfing event in South Africa, former world champ Mick Fanning was attacked by a shark as he sat on his board waiting for a wave. He was knocked from the board but during a frantic, thrashing few moments was able to get to a safety patrol jet ski with nothing worse than a leash chewed in two pieces. The event is off for the day.

How about the cool ocean breeze recently? The water temp in the surf has dropped almost ten degrees in the last week back into the mid 70s providing natural AC for those within range of the sea breeze. The daily afternoon two inches of rain hasn't hurt either.

"My passion for surfing was more than my fear of sharks."  ___Bethany Hamilton

Posted by Larry Walker at 10:51 AM No comments: