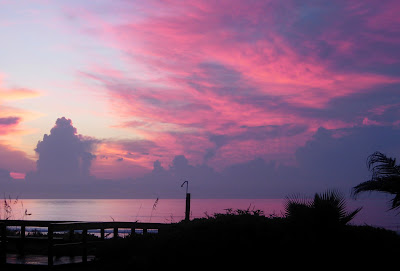 Rent a beautifully furnished, 3 year old direct ocean penthouse for $2500 per month. The owner purchased this unit in 2008 for high $700,000s and put down $147,000 plus closing costs. He furnished the unit with expensive furniture and accessories. It is now offered as a rental for $2500 per month or about $3000 a month less than the actual cost to the landlord (mortgage, taxes, condo fee and insurance). Alternate post title: "How to make a small fortune - start with a larger fortune."
“My personal belief is that Enron stock is an incredible bargain at current prices, and we will look back a couple of years from now and see the great opportunity that we currently have.” __Ken Lay 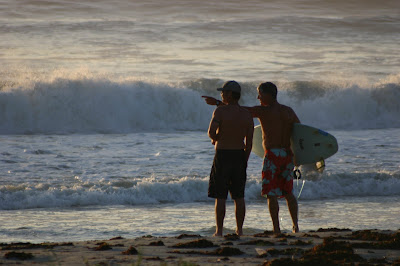 "A fanatic is one who can't change his mind and won't change the subject." _____Winston Churchill
Posted by Larry Walker at 11:12 AM 2 comments:

Where it's at, direct ocean 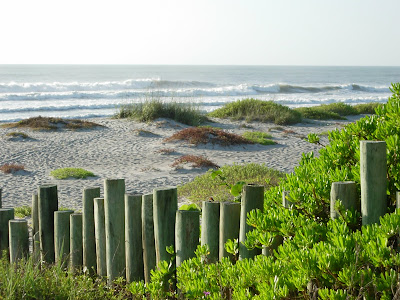 I thought I'd dust off the abacus and do a rundown of recent direct ocean condo sales in Cocoa Beach and Cape Canaveral. Excluding side view and ground floor units, and including only units with at least two bedrooms and two baths, we are left with a mere 12 MLS-listed units closed since April 1.

Lowest priced sale was $225,000 for a 4th floor Wellington in downtown Cocoa Beach. It was a remodeled and fully furnished 2 bedroom, 2 bath with 1049 square feet and no garage. Highest price paid since April 1 was $975,000 for a massive 5152 square foot penthouse (7th floor) at Ocean Oasis also in downtown Cocoa Beach. This seven year old unit has 4 bedrooms, 4.5 baths and a 3 car garage. Top of the line everything. Seems like a deal when compared the the second highest sale, $865,000 for a 5th floor 3 year old Ocean Cove in south Cocoa Beach. While every bit as nice as the other unit, with 3 bedrooms, 3.5 baths and a 2 car garage it has 2758 square feet, just slightly more than half the size.

Others sold included units in Meridian, Xanadu, another Ocean Oasis, Michelina, Crescent Beach Club, Waters Edge, Royale Towers, Shorewood and La Mer. Highest price per square foot of the bunch was $314 for the Ocean Cove unit described above and the lowest was $154 per square foot for a top floor south corner Crescent Beach Club that was partially remodeled and in need of several new sliders. Average price per square foot paid for direct ocean condos with at least 2 bedrooms and 2 baths, above the ground floor and closed since April 1 was $202 and the median was $196.

For what it's worth, there were 13 units with the same criteria closed in the same period one year ago, April 1 through June 22, 2010. The average price per square foot then was $225 and the median was $236.

These averages are good to know whether you're buying or selling but are only one part of the picture. Don't get too hung up on the average if you've found a unit you like priced above the average number. With inventory of units at an all-time low, it might make sense to pay more than the average to get the unit you want. Likewise, if you've gotten an offer you think is too low based on the average, consider the cost of holding that property while waiting for another buyer willing to pay your hoped-for number.

Meanwhile, the sailfish have been thick just offshore with several boats catching and releasing multiple fish this past week. We've also seen some big dolphin and wahoo coming to the dock. Anglers in small boats and kayaks have been enjoying the flat conditions and playing with the giant tarpon and jacks around the bait pods just outside the surf line. If you head out, don't forget the sunscreen and water. It's been and still is extraordinarily hot.

"Cocoa Beach. How fab. You're so lucky." Jim Cramer responding to a recent Fast Money caller from Cocoa Beach
Posted by Larry Walker at 9:18 AM 2 comments:

Things that make you go, "Huh?" 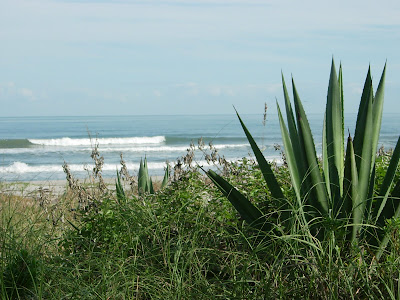 For your consideration, a few interesting new listings. Apparently denial is alive and prospering in the summer heat. At a small oceanfront building near the Pier we have two, both with 910 square feet and partially obstructed side ocean views from their tiny balconies; a 4th floor 2/2 asking $274,900 and a 3rd floor at $260,000. Last sales of side view units in this building over two years ago were at prices between $202,000 - $215,000. Two years later these new listings are asking over $100 per square foot more than recent sales of direct, east facing units in brand new buildings. These are in a 37 year old building in need of repair and have no garage. Weekly rentals are allowed but $300+ per square foot? Come on.

How about an original condition 31 year old Cape Canaveral 3rd floor direct ocean 2/2 condo with 1222 sq ft asking $350,000 or $286/sf? Wait, it has a garage and comes completely furnished with old furniture. Really?

There are plenty of overpriced listings but some, like these, are so outrageous as to defy logic. If you want to sell, do your homework, know the market and price accordingly. The power of positive thinking is not going to make Sasquatch appear with a suitcase of cash ready to overpay for your condo. This post from 2009 still applies.

"I don't know whether I'd rather be shot as a crook or as an idiot." Mike Muckleroy speaking about Ken Lay's comment that he too had been hurt by Enron's demise as his net worth was down to less than $20,000,000.
Posted by Larry Walker at 9:26 AM 5 comments: 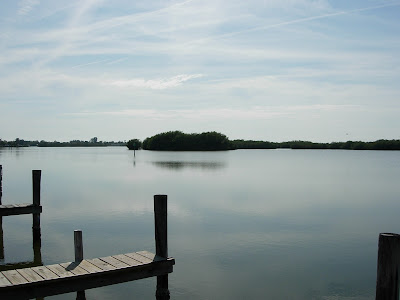 MLS condo and townhome inventory June 7, 2011 in Cocoa Beach and Cape Canaveral is 389 units. There are 44 listings asking over $500,000. This year so far seven units have closed for more than that number so we have enough half-million dollar plus units to last a few years. Not so in the lower price ranges. There are 66 units asking less than $100,000. Since January 1, a total of 86 sub-$100K units have closed. That pool is getting skinny. Of the total 389 units for sale, 16% are distressed sales (13 bank-owned and 51 short sales).

Single family home inventory stands at 80 properties with 30 asking over $500,000. Since the first of January 60 properties have closed, 19 of those since April 1. Six of the 60 closing for over $500,000. Of the 80 currently for sale, 2 are bank-owned and 5 are short sales. New listings are appearing at a rate far below the sales rate.

I am anxiously awaiting new (fairly priced) inventory. Much of what supply we have is over-priced and has been sitting on the market for a long time, years in many cases. The severely over-priced listings can't be considered actual supply so our real inventory numbers are lower than the MLS total numbers of 389 condos and 80 homes. The appraisal prevents (in most cases these days) borrowing buyers from overpaying. Cash buyers aren't likewise constrained and represent hope for unrealistic sellers. Even though cash buyers make up three quarters of all recent condo purchasers, those willing to overpay are about as abundant as Sasquatch. Based on sellers' responses to many of the offers I present at least one has been spotted roaming the area. I've got news, folks. That's a fur suit.

All other things being equal, a home or condo is worth very close to what other similar properties are selling for now, not last year or the year before, right now. Closed sales are running at an average of 91% of asking price. If you want to sell, do your homework and price your property within striking range of what the comps tell you it's worth. If you want to purchase, same strategy. Know what it's worth and offer within striking range of that number. Wishful thinking has proven to be an ineffective strategy whether buying or selling. The comps are what they are. Gather them yourself or have your agent furnish them if you can get her to return your calls.

"The truth does not change according to our ability to stomach it." _____Flannery O'Connor (thanks PR)
Posted by Larry Walker at 8:55 AM 5 comments: