How Much Is My Condo Worth? 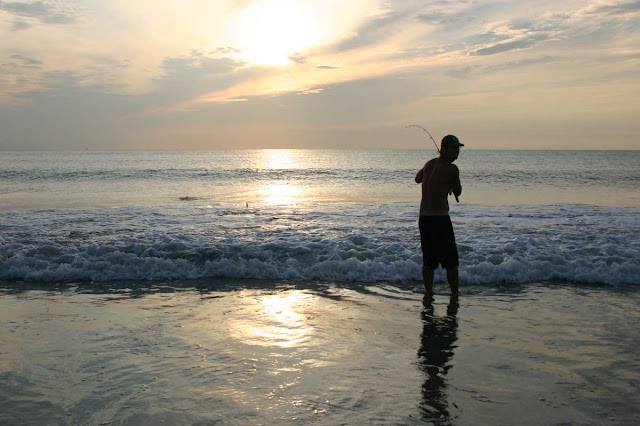 It's that time of year again, the mullet run is on and big fish are in the surf. Now if the wind and waves would calm down enough to take advantage of it I'd enjoy catching a few rod-benders and maybe get a snook for dinner.

What can I expect to get for my condo if I list it for sale next year? Barring some unknown influencing factor you can probably expect more than if you sell it today. Notice the qualifiers? So many things can happen to change the value that it is fruitless to estimate future value. Changes in taxation or ordinances, economic and natural disasters; none of these can be predicted and can drastically change a property's value overnight. On the other hand, estimating current value is a relatively straightforward process. We can usually find recently sold similar properties that we can use to determine approximate value of the subject property. The question then becomes; can we trust the comps?

Specifics of listed properties are sometimes inaccurately stated on MLS listings. Using a sold property as a comp and not catching an inaccuracy makes for a flawed comp and flawed projection of value on the subject property. Sometimes honest mistakes, other times, intentional. Square footage is one of the more common mistakes. I've never seen a property that claimed to be smaller than it actually was which makes me think this one is almost always intentionally overstated. When in doubt, go bigger. When every unit in the building is and always has been 1315 square feet, claiming 1711 on the MLS is likely to be picked up by agents familiar with the building. Others might not catch the error and use it as a comp to suggest/justify fair value of a different property.

Terms of sale: Beneficial financing terms might explain an unusually high price. Included furniture or lawn equipment will certainly push the final number up as will a post-closing occupancy by the seller. Paying for furniture off the closing statement will reduce the closed price but the listing agent is probably not going to change the "full" furnishings notation in the MLS when she closes the listing. Listing agents don't always rarely note these details in the closed listing. Unusually high or low sold prices might indicate unknown terms and should be weighted accordingly in their use as comparable sales.

Condition and quality of updates: A remodeled condo unit is worth more than an identical unit in original condition. How much more is the big question. The cost to remodel a 2/2 condo can vary by $50,000 depending on the extent of the remodel and the grade of fixtures and finishes used. Most sellers are firmly convinced that their remodel job increased the value more than it did. My job is to use reasonably similar sold comps to illustrate how their conviction is misguided.

Sellers and their agents are often guilty of confirmation bias and naturally select the comps that seem to justify the price that they want. As a buyer's agent I am constantly pointing out flawed assumptions and bad comps. All buyers would be well-served to understand the nature of determining fair value and the ways bad comps can justify a wrong valuation. I may be able to show a seller that his asking price is too high and my offer price is fair but that means nothing if there is competition for that particular property. There are cases where participation may include knowingly overpaying. Knowingly overpaying can sometimes make sense, knowingly being the key word. The buyer that overpays also establishes the newest comp completing the circle of price justification. I was reminded in a recent episode of Million Dollar Listing New York that the newest comp thing can work in reverse for sellers. Holding out for an unjustified high price can backfire if a new comp records at a lower price.

New York agent Steve had a client interested in two similar units in the same building. The two units were similar enough to expect to sell for about the same price. Asking prices were $7.5 and $7.6 million, both well above market value. The buyer offered $6.5 MM on Frederick's lower priced listing. Frederick advised the seller that $7.5 was optimistic when he took the listing but went ahead and took it at that price hoping she'd be realistic when an offer came. She wasn't and countered at $7.4 MM. When delivering that counter, Frederick insisted to Steve that, to be successful, an offer number had to be in the sevens. Rather than counter at 7-something, the buyer decided to offer $6.75 on the other listing. Steve presented the offer and told the listing agent that they had offered and were negotiating at the same time on the other unit. That seller with that knowledge decided to accept the $6.75 MM offer with no counter. With a new comp of $6.75 established in the building the first seller realized she wouldn't be getting 7-something and wound up accepting a $6.6 MM offer. Had she countered more realistically to her first offer, there is a good chance she could have gotten at least what the buyer paid for the other unit, $6.75 MM. Her inflexibility cost her at least $150,000. Reality sucks at times but it can be expensive to ignore.

Buyers and sellers both need to stay aware of other sales and competition of similar properties and to use those as guidance for pricing. Values are not static especially in an active market. If a new comp changes the landscape it's productive to change one's expectations with it. That goes equally for buyers and sellers. For a better score, do your homework.

Thanks to all of you who have contributed to the various relief funds for the people of hurricane-ravaged Abaco. It's going to be a long, long time for Abaco and its people to get back on their feet. In addition to their homes and belongings most have lost their jobs as well. If you haven't contributed but would like to help some particular and especially hard hit people consider giving to the staff at Cruise Abaco in Marsh Harbour. These are personal friends and are all good and currently needy people. This money goes only to the staff. These guys are surviving on donations at the moment and crammed into crowded shelters. Most can't consider coming to the US in the interim because of our immigration policy. If you want to help the Bahamas in general, there are many worthy charities found with a quick search. If you'd like to help Shorty, Luke, Joe, Aaron, Ray and all the other Cruise Abaco staff and their families, you can contribute directly through Mark and Patti's GoFundMe here and see updates on how your money made a difference. Everything is appreciated and not a penny will be wasted.

This is Shorty and his kids who have lost everything and are currently living in horrid conditions at an overcrowded shelter in Nassau. Shorty said the men take turns sleeping standing up supported by each other and the women and the kids get the bare floor. 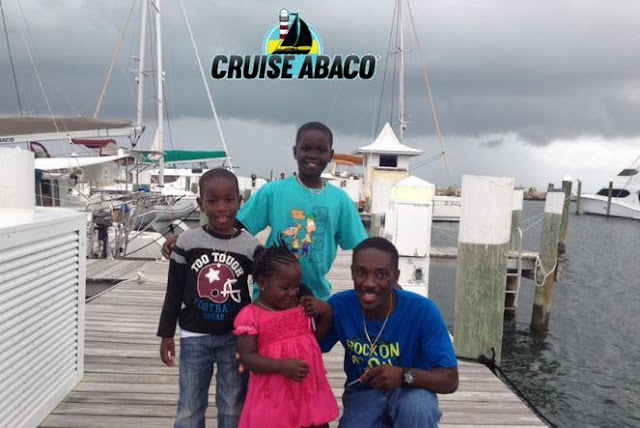 “The simplest acts of kindness are far more powerful than a thousand heads bowing in prayer.”  _____Mahatma Gandhi

Posted by Larry Walker at 8:41 AM No comments: