Compromise. Anything But My Desires. 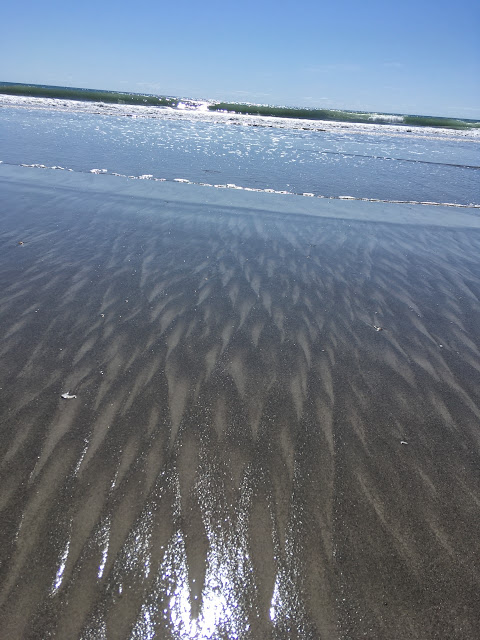 I've recently heard about two local condo associations trying to change rental restrictions via rule changes. As we found out in an outrageous incident a few years ago, an association can't merely add a new rule to change property use. That particular incident was a Cocoa Beach association that attempted to limit how many units a person could own by burying a new rule in the existing rules and regulations. It doesn't work that way. Property use can only be changed by a properly announced and voted amendment to the condo docs. Any properly administrated new amendment that changes property usage does not apply to owners who vote no or abstain from voting on the new rental restriction. The condo docs determine the process and majority required for such changes. As always, I am not a lawyer and unit owners should seek qualified legal counsel if they think their Board is operating outside the law. Rogue Boards are not an uncommon occurrence in the Sunshine State.

From the Florida Statutes:
The Florida Condominium Act, in Section 718.110(13), Florida Statutes, limits the ability of a condominium association to amend its documents to impose new rental restrictions. The statute states that “an amendment prohibiting unit owners from renting their units or altering the duration of the rental term or specifying or limiting the number of times unit owners are entitled to rent their units during a specified period applies only to unit owners who consent to the amendment and unit owners who acquire title to their units after the effective date of that amendment.”

I'm always interested to hear stories of condo association shenanigans. Feel free to send me an anonymous email of shady goings-on at your association. I can share them or not, your call.

All beach parking in Cocoa Beach is open and beaches are open for all activities with social distancing being enforced and alcohol is banned on the beach. An unexpected thing happened during the time that beach parking was closed. Litter disappeared from the streets of downtown. On a typical Monday morning, our streets are covered in food containers, broken styro coolers, piles of beer cans and bottles, dirty diapers and all the other crap that beach-goers feel compelled to throw on the ground rather than look for a trash container. Apparently it wasn't the locals doing the littering. Shocker. Because of extent of the problem prior to shutdown, CB Police have cracked down on littering and are aggressively enforcing a zero-tolerance policy with $250 tickets for littering. Over on the west coast Naples just re-closed their beaches after beach-goers refused to practice the mandated distancing rules when their beaches reopened.

Cocoa Beach and Cape Canaveral have had no new confirmed cases of coronavirus in four weeks now. Hopefully that will hold steady as visitors from more highly infected areas begin returning to the beach. 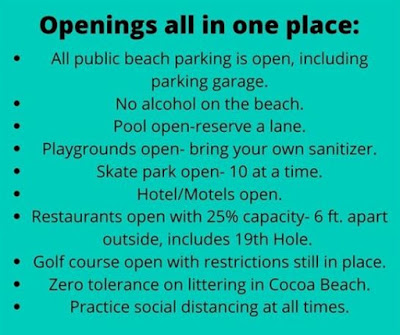 Before anyone asks, the post title is from the Rush song, Resist.

"I feel like you're running out of all the things I liked you for." __Matty

Posted by Larry Walker at 8:38 AM No comments: