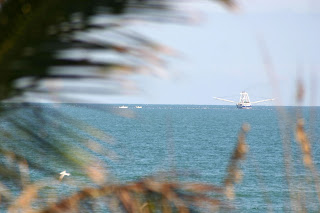 Home buying scenario 1; Fiscally prudent Basil decides he wants to purchase a home in Cocoa Beach. He is mistrustful of realtors and decides to do his own research, select the properties that interest him and contact the listing offices directly to see them. He decides not to use a buyer's agent which he mistakenly thinks will cost him more money. After viewing multiple properties with multiple listing agents he decides to offer on one that seems perfect. He asks the listing agent what she thinks he should offer. She suggests that a low offer will not get a response as the seller is "very close" to her bottom line at the current asking price of $350,000. Basil offers $340,000 and the list agent calls the next day with the good news that the seller has reluctantly agreed to sell if Basil will come up to $342. Basil is thrilled and agrees. He didn't have to pay a buyer's broker and he got a good deal, he thinks, on a home that is almost exactly what he wants.

Scenario 2; [months earlier] Savvy Sammy decides, with retirement approaching in a couple of years, to go ahead and begin a search for a Cocoa Beach home. He does some research, makes a few calls and selects a buyer's agent to assist in his search. With Sammy's list of criteria, his agent begins distilling the active listings to get to a prime list of possible matches. Sammy and Sara fly to Cocoa Beach three times over the next year to look at properties and decide what features matter and finally find a house that they like and want to make an offer on. Sammy asks, El Dubya, his buyer's broker, what he should offer. El Dubyah says, well, considering that this home has been on the market off and on for the last three years at steadily decreasing prices I think we can afford to be aggressive. Two very similar houses in the same neighborhood closed last month and the closed prices suggest that a fair price for this one is around $325,000 but I think we should start lower and hope to end up around $325. Sammy offers $315 and the seller counters at $340. Sammy bumps up to $320 and the seller counters at $332. While Sammy and Sara contemplate the seller's counter, El Dubya sees that a new listing has popped up on the next block at an attractive price. It is slightly larger and has a new seawall and dock. Sammy decides to offer on it rather than increase his offer on home number one. A deal is struck on the 2nd house for $320 and house number one remains on the market asking $350 until Basil comes along two months later and pays $342 with the listing agent's hints that that is a good price.

Take-aways: Rarely does a buyer get a break on price by going directly to the listing agent. That agent is prevented from advocating for the buyer in the deal and cannot divulge what the seller might accept even if the seller has previously agreed to a lower number with another buyer. While the agent technically can't advocate for the seller either, the dynamics are unlikely to ever be in the buyer's favor. Even if the agent agrees to reduce the total commission, both buyer and seller are expecting that savings to land on their side of the settlement statement. The result most often is that the buyer pays more than he would have had he had an advocate on his side of the deal.

A good buyer's agent who is active in the market will almost always have information about a property, a neighborhood or the market in general that can be used to hammer out a better deal for the buyer. Just as important, a good buyer's agent will not allow his client to have excessive exposure in the contract language without that buyer's knowledge. Buyers who decide to eschew their own representation better be familiar with customary division and amount of closing costs, escrow amounts and where it's safer being held, inspection periods, assignability, contract time periods and a few other potentially costly areas. Penny wise, pound foolish.

"Sometimes if you want to know for sure whether the stove is hot, the only way to find out is to touch it."  __ Jack Reacher