When There Are No Comps

How much is that condo or house worth? The easy answer is whatever someone is willing to pay but in the real world it's not usually so simple. It's a rare day that I'm not pouring over recent Cocoa Beach and Cape Canaveral property sales to try to come up with fair current value for an unsold property. For properties with very similar, recently closed comparable sales (comps) the process can be pretty straightforward with a high level of confidence in the conclusion. Much of the time there are no reasonably similar comps and I or an appraiser or a prospective seller or buyer are forced to adjust for differences in the most closely similar sold comps. 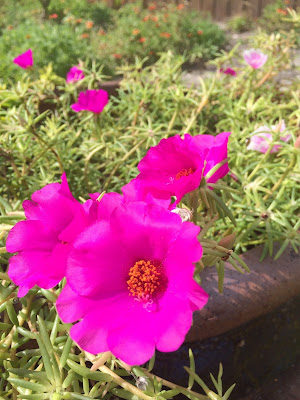 My usual starting point is square footage. I will scan recent (no more than six months old) sales with similar characteristics and then filter for the most similar. I try to keep square footage as close as possible to my subject property as dollars per square footage tend to trend with unit size, higher for smaller units and vice versa. If a 3rd floor direct ocean unit with 1200 square feet in mainly original 1985 condition sold last month for $250 per square foot then another 1300 square foot similar unit above the ground floor in a similar building should be worth close to the same $/sf. While both may be in original condition, one may have a new AC system or private garage rather than a designated space under the building and I'll have to SWAG a number for these differences to arrive at my number. If it's a garage versus an open spot it's easy to estimate value for the garage. Same for a new AC system or new floors or appliances.

And then there are those differences that are more difficult to quantify. Without recent comps how much more is a corner worth than an interior unit in the same building? How much more is a 4th floor unit worth over an identical 2nd floor unit? What is the difference in value of corner units in a building with a close building on one side and open space on the other? When faced with these qualities without recent comps then we are back to the easy answer; whatever someone will pay. When a reasonable, informed seller who wants to sell meets a reasonable, informed (and capable) buyer who wants to buy that property, a deal will happen. Many fair deals don't happen because one or both parties weren't reasonable or informed. or just had a difference of opinion on value. When faced with a specific quality or shortcoming that is missing in the comps the parties are forced to refocus on the big picture and make a judgement call on the unknown quantity. The guy who "never pays asking price for anything" may miss out on a steal and the guy who "won't accept anything less than what I paid" may lose even more money waiting for a buyer who'll pay his number.

If I'm selling and a prospective buyer thinks my corner view is worth $10,000 less than I do I have three choices if I want to sell; stand firm with my opinion of value, yield to his opinion or try to negotiate a middle ground. The buyer has the same three choices and the advantage of being in a rising market. No one wants to overpay for a property but, with tight inventory, knowingly overpaying a percentage point or two stands a good chance of being the more prudent choice, especially for rare or unique properties.

Our takeaway: Property value, no matter who is assigning it, is only an opinion of value. Small differences in that opinion should not stand in the way of a sale happening between two parties who want to do a deal. If the goal is a transaction, flexibility in one's opinion is a powerful tool.

It was great seeing so many Cocoa Beach folks last night at the grand opening of The Studios of Cocoa Beach. The turnout was overwhelming and the collection of art on display was beautiful. If you missed it I encourage a visit to see the brightest new addition to the downtown scene. Open daily. As I walked to my car at some point during the night I could hear live music drifting out of doorways from at least six different places in a one block area with an overlay sound of the surf in the background. Our downtown may be small but it is diverse and concentrated and I love it.

"We meet aliens every day who have something to give us. They come in the form of people with different opinions."  __William Shatner