Talking Story and Other Stuff 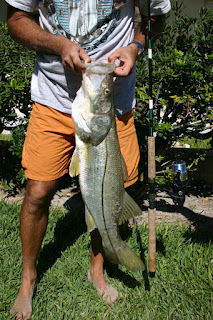 I was talking real estate story with a friend and Cocoa Beach broker last week. He mentioned a listing appointment he'd gone on the previous week. Things went well and the owner told him she would call him back in December to list the unit. It was listed the next day with another agent. Imagine my surprise when I realized it was the same condo owner who had told me, the same day apparently, that she was going to try to sell the unit by owner but would call me to list it if that didn't work out. Very nice lady otherwise.

I received a notice from the Board of a condo where I own a unit indicating that a unit was contracted to sell and I was being given my ten day first right of refusal to match the contract. One problem: no contract or details of the contract were furnished. I asked the Board for a contract and/or details of the purchase contract so that I could consider whether I wanted to purchase the unit. The seller of the unit refused to provide a contract and the buyer began contacting Board member privately asking for their approval to move forward with the sale without the first right process. After threats of legal action, the seller notified the Board that the sale had been cancelled. I suspect that the contract was fraudulent. Most likely scenario is that the contract showed a lower selling price than the actual amount being given the seller. That would have lessened both the seller's capital gains tax and the buyer's property taxes. The problem here is that if I or another association member exercised our first right, all we would have had to pay for the unit is what was on the contract, not whatever under-the-table extra money had been agreed upon.

The online real estate landscape continues to evolve. Realtors are spending ever-increasing amounts to have their ads appear next to listings on Zillow and the like. An agent fresh out of real estate school can pony up the admission at any of these sites and instantly appear next to seasoned veterans with a "Cocoa Beach Expert" appellation. That placement pays off with buyer and seller inquiries that, hopefully,  turn into commission checks. With literally hundreds of agents competing for these placements the ad price continues to go up even as the effectiveness is diluted. I have no idea how this will play out. One possible scenario is agents bidding for placement, high bid gets the ad. Another possibility is allowing advertising agents to compete on commission in their ads. At least three different sites have already begun promising rebates to consumers who choose one of their "experts". It's not a stretch to think that Zillow could do an end run around all of that and affiliate with an existing broker in each state and underbid everyone for listings with a discount listing model. Once they own the bulk of the listings and the inquiries they could sell the buyer leads to starving agents for a healthy referral fee. Several of the franchises already do this. Make an inquiry on a property on one of the major franchise sites and, unknown to you, the perky agent who responds to your inquiry will have had to agree to pay as much as 40% of his commission check to the parent company BEFORE the split and franchise fees.

In the recent past, the overwhelming majority of listings in Cocoa Beach and Cape Canaveral were with local offices. This morning over a third of all listings here are with offices in cities other than Cocoa Beach or Cape Canaveral. Several are in offices in other counties. Does it matter to a seller where her listing agent's office is? Maybe not, but, it may cost her a sale. The buyer who flew in for a day to look at his six favorite listings may not see your unit if the key didn't get returned to the lockbox and the spare is miles away at your agent's office. I would advise sellers to reduce as much friction as possible to selling their property. A distant listing office is unnecessary friction. Less friction can translate into a faster sale and/or higher selling price. Don't get me started on tenants or 24 hour notices to show.

Schools of big tarpon are cruising the beaches gorging on the mullet that are streaming southward on their annual migration. In addition to the usual fishing boats, anglers are hooking up from kayaks, stand-up paddleboards and occasionally from the beach. It's a great time for beach fishing. Snook and pompano are being caught from the beach as well and decent numbers of big flounder are being brought in at the Port. [The snook in the photo was 32.5" from the beach on an artificial lure a couple of years back] Rock shrimp are plentiful right now and are available in bulk at Seafood Atlantic and Wild Ocean at the Port and in cooked meals at many local restaurants. Grills has been offering a very reasonable and delicious plate of them. If you've never had rock shrimp, I encourage giving them a try. Somewhere between regular shrimp and lobster but tastier than either.

"It's always good to be underestimated."  ___Donald Trump