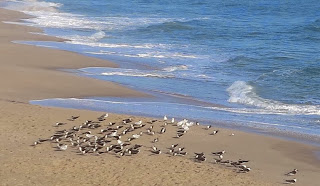 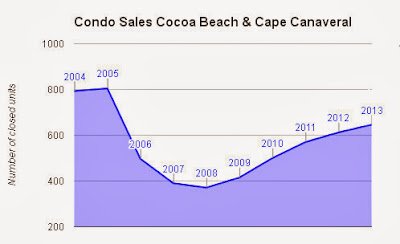 Blast From the Past

Do not ask Gary for credit. He is not allowed to give it anymore. Sam
Posted by Larry Walker at 7:26 AM 1 comment:

I made a quick mention in the last post about the trend in asking prices for foreclosures. The recent trend has been towards higher and less aggressive asking prices. In the not too distant past, most foreclosures in the Cocoa Beach and Cape Canaveral market would have multiple offers within the first few days after hitting the MLS and would usually sell for full or above asking price. That is no longer true. The buyers have given a collective Ho Hum to the banks' recent optimistic prices and many attractive foreclosure properties are not getting quick offers. Of the 23 bank-owned condos on the MLS this morning, 11 have been listed for longer than a month and 9 have reduced the original asking price, one by 24%, still without a sale. Five of the 7 short sales currently active have reduced their original price.

Our takeaway: just because it's a distressed sale doesn't mean the asking price is a deal. Know the current value and offer accordingly. As always, knowledge is power.

""If you can't fix it with a hammer, you've got an electrical problem." ___unknown
Posted by Larry Walker at 9:01 AM No comments:

Where Are We Right Now? 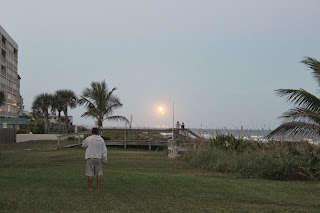 It seems just yesterday that I was writing the year-end wrap up for 2012 in Cocoa Beach and Cape Canaveral and commenting on the record-breaking number of sales. We still have the month of December to go and we've already exceeded 2012's numbers with 623 MLS-listed condos and 116 single family homes closed so far. Inventory numbers have increased recently but after we remove the noise of the pre-construction listings and the way-overpriced, been-on-the-market-forever listings we have about a five month supply of properties for sale at the current sales rate. The MLS shows 310 condos and townhomes for sale this morning with 55 of those having been listed for over a year. Most everything that's been for sale for over a year qualifies for my "not really for sale" designation for obvious reasons. There are 31 short sales and foreclosures among the 310 units for sale including a 4th floor Meridian asking $649,900. The banks' asking prices for foreclosures have crept up into the meh range and many of the foreclosures are languishing on the market as a result. There are only a few of the 31 distressed sales that I would consider a "great" deal.

Here's an excerpt from a post exactly one year ago. The sentiment expressed persists.

"I had an interesting conversation with a prospective buyer last week. Among his criteria was "being able to take advantage of the poor market conditions in the area in terms of significant below market pricing and leveraging the fact that he'd be paying cash". "Poor market conditions"? The current market would be better described as en fuego (see the previous post). "Significant below market pricing"? I'm not aware of any sales happening at significantly-below market prices. Buyers are standing by ready to purchase good properties when they're priced at current levels with over half of them paying cash. I suspect this particular buyer is going to be looking for a very long time unless he modifies his expectations." 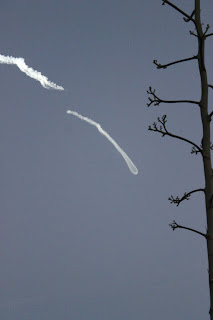 The song remains the same. Buyers with specific criteria are having to search for months in many cases for the right property. Those with popular criteria like direct ocean condo above the ground floor sub-$300K (5 available today) or canalfront home under $350K (3 available today) can expect competition when a good unit hits the market. Buyers, be patient and ready to move quickly when a desirable property surfaces. Even though we have moved off the bottom, prices have not run away. Deals exist for the persistent. Those seeking a mortgage would be advised to start the process before starting the search. A note about  search criteria. Don't trust descriptions in the MLS to be accurate. I searched for oceanfront condos above the ground floor with a front door facing west asking less than $300,000. The results included two Conquistador units in the building across the street from the ocean and seven others with balconies facing either north or south. Some actually had doors facing west with balconies facing south but some others were just incorrectly described. Maybe inadvertently. Maybe not. The internet is great for buyers doing their own searches from afar but nothing beats boots on the ground here and local knowledge. If you need those boots and knowledge, contact me. My motto; No BS.

Denver this morning is at zero degrees with an expected high of 16. We are forecast to reach 77 under clear blue skies with a light SE breeze. Offshore fishermen are catching sailfish in decent numbers and some pompano are being caught in the surf. Conditions are ideal for both at the moment.

The photos are of  Tuesday's launch of the Space X Falcon 9 in it's first mission to deliver a commercial satellite to geostationary orbit. The new kid in town makes a big statement with this mission.

"I always tell people, the first $500,000 is the easy part of the deal. The deal will come apart over nickels and dimes." ____Mike Jaquish