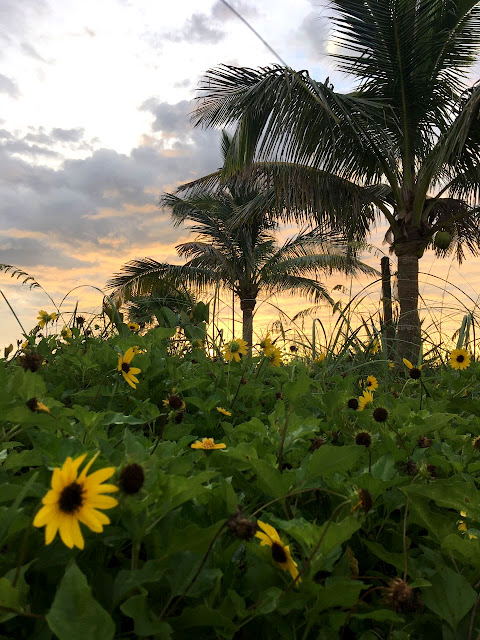 It's early on a Sunday morning in early August. The 94% humidity is making the 80 degree air temp feel more like 90 something. With the ocean temperature in the low to mid 80s a dip in the water serves less as a cool-off than as a reapplication of salt. All is not bleak though as we can reasonably expect an afternoon thunderstorm to cool things off. The forecast gives us at least a 40% chance of that happening every day for the next ten.

Residential inventory in Cocoa Beach and Cape Canaveral has been slowly retracting for several months and currently stands at 203 existing condo units for sale in the two cities, approaching the all-time lows of 2015. There were 63 units sold in the month of July according to the Cocoa Beach MLS. Over half of those sold within six weeks of listing, For the first time in many moons, more than half of the condo buyers used a mortgage for their purchase. With rates for a 30 year mortgage well below 4% even those with the cash to purchase see little reason not to take advantage.

The bulk of the activity was in the lower price ranges with 70% of the closed units selling at prices below $300,000. The highest priced unit to sell in the month was a furnished 3008 square foot four bedroom, 3.5 bath beauty covering the entire 5th floor at Riomar on the ocean in south Cocoa Beach. At the other end of the scale there were four units in oceanfront buildings that closed for less than $250,000. The standout was a remodeled and fully furnished 6th floor direct ocean Windrush Cocoa Beach 1/1 that sold for $245,000.

There were ten single family homes closed in the month, two of them over a million dollars, one on the ocean and the other on the open river at the Cocoa Beach Country Club. Inventory of single family homes has plunged to just 45 listings in both cities, only two of those asking less than $300,000. The median asking price of the 45 single family homes for sale in Cocoa Beach and Cape Canaveral has risen to a shocking $599,000 with the highest current listing at $4.5 million for an oceanfront monster in south Cocoa Beach. Have no fear if your budget is south of that range. An updated, non-waterfront 4/2 Cocoa Beach home with a pool closed for $343,000 in July. Nice houses at a reasonable price are out there, there just aren't a lot of them.

Good hunting to those of you looking to purchase here. Feel free to contact me if you need help finding your spot at the beach or if you have questions about our little slice of tropical Florida.

“You said I’m full of diseases / Your eyes were full of regret / And then you took a picture of your salad and put it on the Internet.” Matty Healy