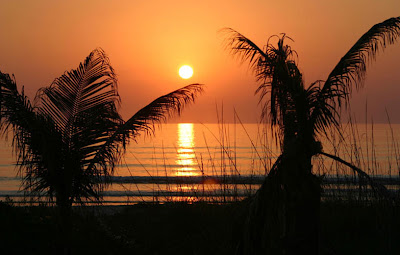 There were 36 sales of MLS-listed condos and townhomes in June compared to 49 sales in May and 44 in June 2010. Both the lowest and highest sales were foreclosures, $25,000 for a one bedroom Surf n Sun, one block from the ocean in Cocoa Beach and $975,000 for a swank 5152 square foot direct ocean penthouse at Ocean Oasis in downtown Cocoa Beach. Only three condo sales exceeded $255,000 and half were for less than $115,000. Distressed sales made up exactly 25% of the total with four foreclosures and five short sales. Other than the foreclosed Ocean Oasis mentioned above and a Meridian short sale that closed for $615,000, none of the distressed sales exceeded $129,000. Only 8 of the 36 condo purchasers used a mortgage, 78% paid with cash.

Inventory is down to 367 total condos and townhomes this morning in Cocoa Beach and Cape Canaveral. Eleven of those are foreclosures and 47 are short sales which means 16% of the total inventory is distressed. This percentage has retreated significantly in just a few months.

The cobia made a surprise reappearance last Sunday when my fishing partner and I caught eight fish, kept two in the 40 pound range and saw around 70 to 100 fish. They were in 15' to 25' of water on a shoal about five miles offshore and north of the Cape. Good fun and good eating.

"If there's anything that upsets me, it's having people say I'm sensitive." ___Barney Fife

Posted by Larry Walker at 11:45 AM No comments: