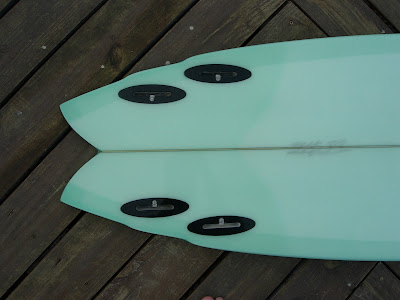 It's been a windy few days in Cocoa Beach with temps in the 70s and 80s. The ten day forecast is for decreasing winds, clear skies and highs between 76 and 84 degrees. Surf was excellent for a few days last week before the winds arrived. It is still full-on Victory at Sea conditions right now with favorable surf conditions not expected again before next weekend. I can wait.

I often read or hear something about our local real estate market that is at odds with the reality that I am experiencing. I ran into an old acquaintance this past week and he started off the conversation with the statement that there aren't any deals to be had and that he thought the market might be overheated. I suppose when one hears that multiple offers are common and properties are selling within days of listing the conclusion might be that the market is too hot. The reality is that prices have been steadily rising since bottoming in the years 2009 through 2011 but not at anything approaching the pace of the bubble years 2003 through 2007. Even with the rebound in prices, some properties are selling at 60% or less of their 2006 prices. Facts don't always support the popular dialogue. Beware headlines and anecdotal evidence. My post Headlines < Statistics < Truth from last summer is worth a reread for those with the time.

Despite significantly fewer visitors in Cocoa Beach and Cape Canaveral since the first of the month, condo sales have been brisk with 21 units going under contract in just the last seven days. Nine of those units were on the market less than two weeks. There have been 47 new condo listings since April 1. Well, to be totally accurate, 43 new ones and four old listings withdrawn and relisted to trick the system into making them appear fresh.

My favorites of the new listings that are still available include the following:

There are a few others that are interesting but the three above stand out for me. Anyone interested in looking at these or any others feel free to shoot me an email or phone call.

"No problem is so big or so complicated that it can't be run away from."  __Miki Dora

Posted by Larry Walker at 10:23 AM No comments: