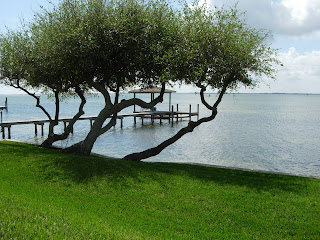 There were only five single family home closings in December in the two cities and none of them were distressed. Median price $265,000. Total for sale inventory this morning is 53, median asking price $375,000. There is but one distressed sale in the 53 listings, a canalfront 3/2 in Cocoa Beach asking $319,900.

So far, winter has not arrived and temperatures are holding well above average for this time of year. I hear the occasional relocated northerner complain about lack of cool temps but very few long term local folks express anything but pleasure at January temps in the 70s. To each his own. I'm happy shirtless and barefooted regardless the month. Let's make the most of this new year.

Posted by Larry Walker at 10:00 AM No comments: