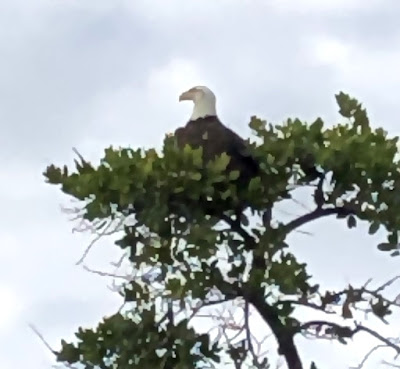 We begin the new decade with an inventory of 185 MLS-listed condo and townhome units for sale in Cocoa Beach and Cape Canaveral. That's less than we've closed since Friday the 13th in September. There were a total of 690 units closed in 2019 at prices from $53,000 to $1.625 MM. Median selling price was $245,000. Private sales like the Meridian unit that closed for $1.275 MM are not included in my MLS-sourced stats.

Total sales activity for 2019 trailed last year's record setting 734 condo units but was still among the four highest years since 2005. Not surprisingly the other three high years were 2016, 2017 and 2018. I see no reason to anticipate this trend slowing outside of some unforeseen macro event. Of course, those trend-influencing macro event are always unforeseen so a trend shift remains anyone's guess. Just less than half (48%) of the sold units closed for cash so a sudden surge in mortgage rates would be expected to have limited effect. Units that were priced fairly sold quickly with 138 units selling in the first week on the market. At the other end of the spectrum we had 105 stubborn sellers who overpriced their units and had to wait over six months to sell. A quarter of those took over a year to sell.

Construction will begin this year on the new oceanfront condo, The Surf at Cocoa Beach, in downtown Cocoa Beach on the vacant lot that has been empty since the storms of 2004 destroyed the shabby old condo building that was there. It's a welcome addition to our newly vibrant downtown area. Expect more new things downtown in 2020.

I snapped the eagle pictured at the Cocoa Beach Country Club last week. We are used to seeing lots of ospreys, dozens of species of wading birds and waterfowl including the occasional roseate spoonbill but bald eagles are a rare sight. The Country Club is a true lootbox for bird watchers. The arrival of our largest winter population of migratory fowl, the northern snowbird, has begun. In addition to the Cocoa Beach Country Club golf courses another good location for viewing is Publix. The males tend to gather around the free coffee up front while the females forage throughout the store before competing, often savagely, for spots in the Express Checkout line. The usual trend is steadily increasing numbers through the end of March into early April when we reach our max number of visitors with converging snowbirds, spring breakers and baseball families here for spring training at the Expo. It looks to be another record setting season.

Anyone looking for their own little slice of Cocoa Beach is welcome to contact me with questions or advice or representation. I'm willing to share what I know about our special little town and am willing to offer an opinion about the rest whether I know what I'm talking about or not. Happy New Year, all.

"Concentrated risk is not compensated in the long-run." __unknown

Posted by Larry Walker at 11:53 AM No comments: