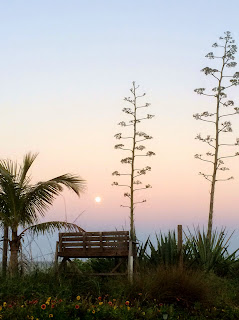 As I'm showing property to new clients for the first time I am often asked "What are the taxes on this one?" Most MLS systems and real estate websites display the previous year's property taxes on listings. My research tells me that a new owner can expect his taxes to be about the same in about half the cases. It's the other half that should keep prospective buyers from seeing this as anything other than a mildly-predictive historical note.

I pulled 24 property sales in Cocoa Beach that closed in June and July of 2013 at prices greater than $150,000. All but one of the 24 sales were at prices higher than the Property Appraiser's market value at the time of sale. [Note: this confirms that the PA's market value is not an accurate predictor of selling prices.] Half were then homesteaded by the new owners and half were not. I compared the seller's market value assigned by the Property Appraiser at the time of the sale in 2013 to the new market value assigned a year later for the 2014 tax year. Surprisingly to me, over half of the sales had zero increase in market value and were about evenly divided between those homesteaded and those not. All but one sale had tax increases of less than 25%. The one higher exception was a long-time homesteaded property with a partial interest sale that triggered a reassessment and a rise in the artificially low taxes from $2700 to $4900 a year. Note for anyone considering selling a partial interest.

Another surprise was that taxes for new owners in general have come down as a percentage of purchase price. Another random sampling showed that the total tax bill for most properties in the sample group has barely budged in six years. Average tax bill for all 24 properties in the first group was less than 1.5% of the purchase price, much less for homesteads. I am happy to share the actual range and average of both categories with anyone who's interested.

"Next in importance to having a good aim is knowing when to pull the trigger."  __David Letterman

Posted by Larry Walker at 10:08 AM No comments: