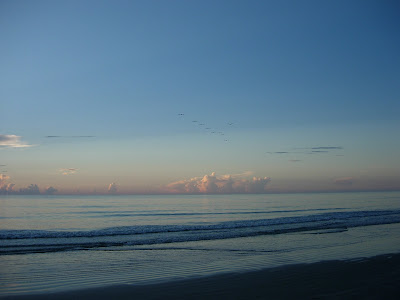 A followup to the post about the new condo law going into effect July 1. I have been very involved over the years with sales in the few weekly rental complexes that exist in Cocoa Beach and Cape Canaveral. Unlike other coastal areas in Florida, most ocean condos in our two cities do not allow short-term rentals of units. This dearth of competition is great for the owners of the limited number of vacation rental condos. However, there have been attempts in recent years by groups of owner-residents and (rumored) the hotel/motel industry to limit or restrict weekly condo rentals in our area. Two issues in the new law are of particular interest to owners and prospective buyers of vacation rental condos.

I mentioned in the other post the sprinkler system retrofit rules. There has been some anxiousness among owners in these complexes as the cities and state began making noises about possibly requiring short-term rental buildings to be retrofitted with sprinkler systems. This really reached a feverish pitch when a small group of resident owners at Cocoa Beach Towers attempted to stop weekly rentals at their building just north of the Cocoa Beach Pier. The City of Cocoa Beach and the State of Florida became involved and the sprinkler system issue became a focus. It was eventually decided that the building could not be forced to retrofit under the existing law and the new law reiterates that fact.

Another reiteration in the new law concerns associations that try to change rental restrictions by a vote. The law states (paraphrasing here) that any amendment that prohibits renting or leasing of units, changes the permissible lease term or that specifies or limits the number of times a unit may be rented within a certain period will only apply to owners who consent to the amendment and owners who acquire title to their unit after the effective date of the amendment. This should alleviate concern for investor owners in buildings like Cocoa Beach Towers that have a large enough contingent of owner-residents to conceivably pass such an amendment.

To read a synopsis of the entire bill, go to Donna DiMaggio Bergers excellent condo law blog and scroll down to her June 10 post about the bill and link to the synopsis.

As always, I am not an attorney nor ever wanted to be. For legal advice, seek the advice of a lawyer rather than trusting my Barney Fife interpretations. If using me for the services for which I am trained, real estate, and the information I've freely disseminated here for the last five years, I appreciate your loyalty.