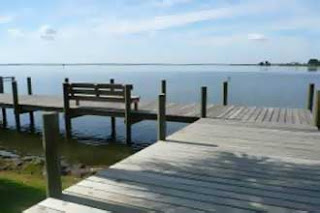 I remember talking to an appraiser in the mid-2000s about his method for time adjustments for sold comps. For instance, in a rising market, successive sales are generally higher than the previous sales so, to establish present value, some adjustment must be made for appreciation. His comment to me then was that his underwriters would only allow a maximum adjustment of 1.5% appreciation per month even though we were seeing much higher rates of appreciation in some market segments. Seems crazy now but that was the state of the market in 2002 through 2007. To establish present value in a declining market it stands to reason that the reverse would be true. If any appraisers are reading this I would be interested to know if you have been making time adjustments for depreciation in the recent declining years and, if so, how much.

As prices plunged after 2007, prudent buyers capped their offers somewhere below present value to allow for more depreciation. They or their agents then had to explain the rationale for expecting to purchase below what the comps suggested as present value to the seller and her agent. Sometimes the sellers got it and were willing to sell below present value to relieve themselves of the risk of further price erosion. Sometimes they didn't. Until recently, most of those who went ahead and sold for less than they wanted made the right decision. Recent sales in many complexes seem to indicate that the trend is reversing. That will call for a shift in strategy for buyers. Research is still vital to the offer process but expecting to purchase below the last sales may be unrealistic in many cases in the current market. Determine present value, quantify wiggle room and prepare for some mission creep.

Speaking of comps and offer justification, the world's most thoughtful and eloquently articulated argument for an offer means nothing if the seller is unwilling to accept that research and/or reality. Research is only part of the battle. There are some properties that can't be purchased anywhere near current value. Just because a buyer's research proves that $300,000 is a fair offer doesn't mean that the seller won't continue to cling to her dream of $400,000. Some deals can't be done. Just move along. Reality is subjective.

Posted by Larry Walker at 10:10 AM No comments: