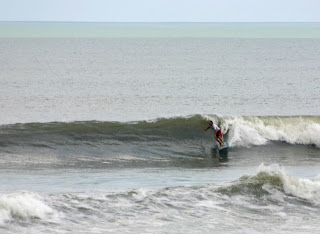 The roads into Cocoa Beach are jammed this morning with beachgoers arriving for the last official holiday weekend of summer. The NKF Rich Salick Pro/Am Surf Festival  is under way at the Cocoa Beach Pier which should help keep a large part of the crowds away from the downtown beaches and further south. As always, in south Cocoa Beach even a holiday weekend doesn't make for crowded beaches. Our secret? Zero public parking. Being out of the city limits, there are no parking spots for day trippers. The ocean is calm and loaded with bait pods close to the beach and the bigger fish that follow and feed on them. Those giant explosions around the bait pods are big tarpon, kingfish, snook and sharks. On another topic, the space station has been extraordinarily bright in the sky this week as it passed about 258 miles overhead at 17,100 MPH in the early evening.

August property sales jumped in the last week of the month with 56 MLS condo sales recorded so far in the month in Cocoa Beach and Cape Canaveral. Fourteen sales were for $300,000 or more. Interestingly the three highest priced units were riverfront not oceanfront. Eleven units sold for less than $100,000. Twelve of the 56 were either short sales or foreclosures. In Cape Canaveral in one complex, a foreclosure and a short sale unit closed one day apart. Identical floor plans, the short sale in good condition, the foreclosure needing work. The foreclosure unit was listed for $39,999 but sold for $55,800 after multiple offers pushed the price up. The much nicer short sale unit closed for full asking price, $48,500.

The smoking deal of the month has to go to the brave soul who purchased a five year old direct river unit at Garden by the Sea in south Cocoa Beach for $275,000. Three bedrooms, three baths, three half baths, 2405 square feet and a 2 car garage. The majority of the nine units are held by only two parties hence the "brave" part of that comment.

There are 251 condo units and 58 single family homes currently for sale in our two cities. Ten percent of those are distressed, either short sales or foreclosures. In 2013 we are well ahead of every one of the last eight years in number of properties sold through August. With inventory at such a low level I don't see how this can continue for much longer. Maybe the increasing prices will encourage more owners to put their properties on the market.

Enjoy your Labor Day weekend, drive carefully and check your feet for tar when you come off the beach. A little baby oil and a paper towel will get it right off. It's much more difficult to remove after it's been ground into the carpet in a car.


Procedure for engine failure during flight
Step one: CONTINUE TO FLY THE AIRPLANE
note: this may not apply to ejection-equipped aircraft or to parachute-wearing pilots