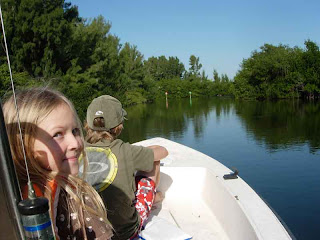 This needs to be repeated: All the research in the world and the most persuasive argument for a well-substantiated price is meaningless to a buyer or seller who refuses to accept it.

I can show a seller of real estate that the market price for her property is between X and Y dollars based on recent sales of similar properties. If she thinks prices are headed up and is unwilling to accept an offer between $X and $Y a sale isn't going to happen unless a buyer wants the property enough to pay more. Conversely, a buyer who believes prices are going lower and will only pay less than fair market value, may not find a seller willing to play. Despite the high incidence of unrealistic participants in our market we continue to see about ten pairs of buyers and sellers of residential properties finding the middle ground and closing every week in Cocoa Beach and Cape Canaveral.

As of this morning, May 18, 2012, there have been six closed sales of MLS-listed single family homes in the two cities. None were short sales or foreclosures. Of the 58 homes currently for sale there is but one short sale and no foreclosures. Of the six sales so far this month the highest price paid was $575,000 for a 5 year old, 4454 square foot, non-waterfront townhome in south Cocoa Beach. This half duplex has never been lived in and has been on the market since May of 2008 when it was offered for $1,395,000.

Condo sales are chugging along with 25 units closed so far. Two were short sales and two were foreclosures. Highest sale so far was $675,000 for the entire 4th floor at Riomar. A total of 3008 square feet with 4 bedrooms and 3.5 baths. Super luxuriously remodeled. There were some off-the-record concessions which made the actual price paid over $700,000.

A top floor SW corner with side ocean views at Majestic Seas sold for $360,000. It had 3 bedrooms, 2.5 baths, 2100 square feet and a two car garage. It was first listed less than a year ago for $669,900. That's a remarkably fast turnaround for an unrealistic seller.

Two more Magnolia Bay units have closed, both second floor. One with 2455 square feet sold for $340,000 and one with 2183 square feet sold for $300,000. The pre-construction asking price for the 2183 square foot units in 2006 was $549,900. Now that the complex has stabilized and is around three quarters sold, I think these units are excellent value at these prices. All have 10' ceilings and two car garages and the quality of construction is tops.

A 2nd floor, 3/2 direct ocean SE corner with 1625 square feet at Las Palmas on the ocean in north Cocoa Beach closed for $285,000. It was partially remodeled, fully furnished and had a one car garage.

One of the big rambling corner 3/2 units at Shorewood sold for $210,000. It had 2104 square feet, a one car garage and the tiniest peek of the ocean if you squinted your eyes or used a Realtor mirror.

A Stonewood D building ground floor remodeled 2/2 sold for a shocking $140,000 with the owner holding a mortgage.

Profitable flip: A nicely remodeled, second floor Royale Mansion 1/1 with a peek of the ocean closed for $130,000. We've seen prices for these units move up considerably from last year's sub-$100K closing prices. This particular unit was one of those, selling last August as a foreclosure for $90,500.

A very nice Captain's Cove canal-front 3/2 in Cocoa Beach sold for $129,900. This is smoking deal territory with 1841 square feet, garage AND a boat slip.

We set another MLS record this week with total condos and townhomes for sale in Cocoa Beach and Cape Canaveral dipping below 300 units for the first time. We stand at 294 total units this morning. Of those, 14 are short sales and 20 are foreclosures or 12% total distressed, also a record, the lowest level since 2007 when there were no distressed sales.

I had another crazy Realtor encounter this week, this one with a 20 plus year veteran who apparently is just learning about short sales. I'll spare you the details but trust me when I say that you can't depend on someone's years in the business to be an indicator of their competence. Choose your agent carefully and please ask a few questions of them to determine if there is any gray matter lurking behind the over-sized sunglasses. Sellers would be well-advised to check the MLS listing of their property. I'm sure many would be shocked at the photos or lack thereof and the chimpanzee narratives.

The lingering small swell is still here with favorable light winds most days and the recent rains have turned plant growth on high. Sea turtle nesting activity is strong with several new nests every night on the beach down my way. It's another beautiful spring in Cocoa Beach.

"I'm surrounded by water and I'm not going back again." __Zac Brown