The snake will always bite 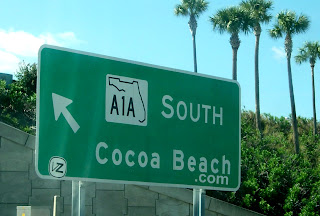 I phoned a client (who we'll call Woody) one afternoon recently when a new condo listing appeared that matched his criteria. I previewed the unit for him the next morning as he couldn't make it down to see it immediately. Woody indicated that we would be making an offer that day as soon as I had forwarded photos and description of condition. He told me that another agent with whom he had worked in the past (who we'll call Dick) called him about the same listing. When he told Dick that he was already preparing an offer with me on this unit Dick told him that he would be bringing an offer from a different client on the same unit. He offered to withhold the other offer if Woody would work with him on a different unit in the future. Woody agreed.

After thinking about his promise Dick changed his mind. The delayed gratification of some future deal wasn't working. He decided to use the threat of a bidding war to pressure Woody into letting him write his offer rather than me. Woody relayed all this to me and asked me to step aside and let Dick write the offer for him. I complied. Based on Dick's promise Woody thought he stood a chance (without a competing offer) of getting the unit for less money. After presenting Woody's offer, Dick told Woody that he had submitted the other offer anyway and a bidding war ensued with the price running  to almost full asking. Long story short, Woody wound up paying more than he wanted to and Dick was rewarded for his deceit with two commission checks instead of one as he got to sell his other freshly-defeated but anxious-to-purchase client a different unit. I doubt the other buyer ever knew what was going on. I'm happy to have been on the sidelines for this one, unpaid, unsurprised but with integrity intact.

Some of the details of this story may be inaccurate considering that one of the main participants is likely to have told more lies than the ones that surfaced. For instance; Dick may have not submitted the other offer but told Woody that he had in order to get him to up his offer. Or, there may never have even been another offer and Dick used that threat to coerce Woody into letting him write the offer. In any case, tread carefully out there. Trust your gut if it's telling you your agent may be less than honorable. There be dragons and snakes about.

"You can't talk of the dangers of snake poisoning and not mention snakes." ________C. Everett Koop

Posted by Larry Walker at 12:16 PM No comments: