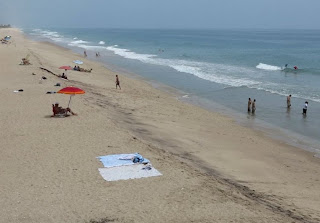 I'm more than a little surprised at the number of MLS-listed condos and townhomes that closed in the month of July in Cocoa Beach and Cape Canaveral. With a record low number of units for sale, somehow, 66 units were picked off and closed in the month. Our inventory now stands at 245 existing units actively for sale in the two cities with another 17 optimistically being offered in buildings that are but drawings on paper and dreams in the minds of the developers. At the offering prices of units in these two buildings, it seems unlikely that construction will begin anytime soon. I could be wrong.

Anyone hoping to pick up a deal on a short sale or foreclosure direct ocean condo has a grand total of three from which to chose. Two of those are unlikely to attract much attention in the condition and building they're in. Again, I could be wrong. There are 33 total short sales and foreclosure condos for sale right now. 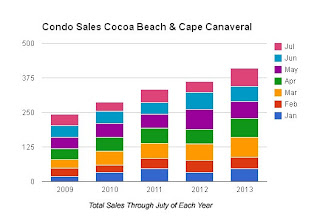 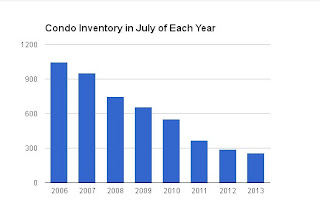 Interest in attractively-priced new listings remains high and good units are under contract usually within a few days. Multiple offers are still common. The brouhaha over the new MLS has subsided somewhat as the crybabies have cried themselves out and realized that the new system is actually a great improvement over the old one. There are still some glitches as the data are migrated and criteria are tweaked to our needs but overall, I'm liking the change. The login for the public is now BrevardMLS.com so get rid of your old link if you have one saved and give the new system a try if you haven't already.

Weather has been typical for mid-summer except for a few cool days last week. This morning Tropical Depression Dorian is sitting directly off our coast and predicted to move east into the Atlantic bringing us nothing more than rain and cooler temps. I'll take it. If anyone needs help with the new MLS or a bulldog to represent their best interests in making an offer, I'm here to help. Larry@southcocoabeach.com

"Just goes to show that the ability to be a complete moron who eats confirmation bias for breakfast has no fixed place on the political spectrum." anonymous

Posted by Larry Walker at 8:51 AM No comments: