Going Up - Lucy and Condo Fees 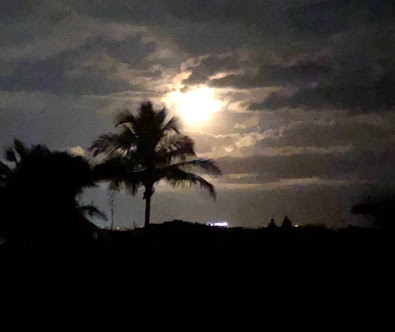 Lucy ascends into the clouds pre-dawn last week on a 12 year mission to explore the Trojan asteroids.

The concept of condominium ownership began in Florida in 1963 and in the next 18 years over a half million units were built. Those units are now at least 40 years old and represent 38% of the over 1.5 million units currently existing in the state. After the deadly collapse of Champlain Towers South in Surfside in June this year, the Florida Bar assembled a task force to review Florida Condominium law related to management, maintenance and inspection and to determine if changes or additions to current law could prevent or minimize the likelihood of a similar tragedy. The Task Force has completed it's review and has drafted recommendations for the Governor and Florida Legislature. Their recommendations, if adopted into law will affect all existing Florida condominiums.

After reading the report, here are some of my big takeaways. These are my interpretations and may not be exactly as intended by the writers of the report but I think I'm close.

Structural Inspections: Requiring a structural and life-safety inspection by a structural engineer or architect by December 31, 2024 for all 3-story plus buildings older than five years and every five years thereafter. Miami/Dade and Broward Counties currently require an inspection and structural recertification for buildings by the time they're 40 years old. Boards will be required to inform owners of the building/s' condition after inspection. As it currently stands Boards are not required to share building issues with the owners and, in my experience, some Boards actively discourage discussions of issues to preclude those appearing in meeting minutes which could discourage prospective buyers. The report also recommends a path for owners to engage the State should a Board not perform it's duties to inspect and maintain.

Reserves: Establishing a baseline for reserves. Currently a Florida condominium association may elect to have zero reserves and, instead, levy special assessments to cover maintenance as needed. Most associations in our area have some level of reserves but very few have 100% funded reserves and even those that do rarely have funds specified for concrete repairs included. The Task Force recommendations are for at least 50% reserves for previously mandatory items and, included for the first time, building components with greater than 40 year life such as concrete, the whopper expense for any coastal high-rise building.

Local Government: Establishing some responsibility of local government to be involved in, or oversight of, the inspection process.

Insurance: The recommendations are vague here but the practice of under-insuring and using very high deductibles needs to be changed.

Summary - More regulation of condos is required to ensure public safety. That regulation will include building inspections (by both public and private sources), more frequent maintenance, higher reserves with newly included reserve items and better insurance coverage among other things. The impact to unit owners will be reflected in higher monthly fees to cover these new expenses. The impact will be felt least in well-maintained buildings with good reserves but associations with low monthly fees and deferred maintenance are about to become much more expensive for their owners. This is without considering insurance premium increases that may result from reconsidered risk in older Florida condo buildings that has nothing to do with the Task Force.

As a prospective buyer of a unit in an older condominium I would proceed with the assumption that the monthly fee will be increasing substantially over the next three years and that concrete work, if obviously needed, will probably be happening during that period along with a special assessment to pay for same. If I owned a unit in an older building with low reserves and with deferred maintenance I would probably be considering selling. Hey, don't shoot the messenger. This has been brewing for a long time. Will unit values in these buildings be affected? Absolutely, but they will almost certainly continue to go up until the impact is widely known. There may be a considerable period of continued appreciation before the piper demands payment. Feeling lucky? Well, do you?

Here is the entire Task Force report for those so inclined.

"I missed it in 96 and I'm not gonna miss it again." Ben Gravy referring to the approaching Hurricane Larry swell last month

Posted by Larry Walker at 12:40 PM No comments: