September by the numbers 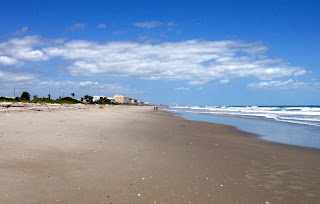 In the month of September in Cocoa Beach and Cape Canaveral, 47 MLS-listed condominium and townhome units closed. Prices ranged from  $39,000 for a short sale, small one bedroom condo two blocks from the beach in Cape Canaveral to $950,000 for a top floor direct ocean Meridian 3 bedroom, 3 bath corner with 11' ceilings and 2508 square feet. Only four sales exceeded $400,000, all direct ocean units. There was one each in Solana Shores, Meridian, Michelina and 3800 Condo. The top floor NE corner unit at 3800 Condo closed for $550,000, exactly half its selling price new in 2007.

Thirteen of the 47 sold units were distressed, 7 short sales and 6 foreclosures. The short sales took an average of slightly more than 4.5 months from contract to close. Keep that in mind if you're looking for a short sale bargain. Also be aware that the lender may ask for more money when they do finally respond. That happened to one of my clients last week. Contract signed by the seller the first week of March and then seven months of mostly silence from the title company doing the "negotiating" until finally we get a demand of more money from the bank. We paid it and closed. The seller received total forgiveness of the debt and a nice bonus check for $3000 under the HAFA relocation program.

The six foreclosures were scattered at six different complexes with the highest price, $210,000 for a nice 4th floor Solana Lakes 3/2. Tightest haircut was a Portside Villas 2nd floor 2/2 with cathedral ceilings that sold for $75,000 just seven years after selling for $233,000 new.

We are still hovering right around historical low numbers of properties for sale. This morning there are a total of 48 single-family homes for sale in the two cities. That's less than a third of what it was just a few years ago. A similar situation exists with condos and townhomes, down about three quarters from the peak. Total inventory is 295 units, 21 of which have not yet been built by their somewhat optimistic developers. Of the total inventory, 12% are either short sales or foreclosures.

A Delta IV rocket launched this morning into beautiful clear blue skies carrying a GPS satellite. The mullet run is still under way along the beach and the streets are almost deserted. It's that magical time in Cocoa Beach between summer and snowbird season. The ocean water is still warm, the air temps are starting to cool down (some days), fishing is on fire,  the golf course at the Cocoa Beach Country Club is deserted and traffic is sparse. If you've not visited our town during October, you've missed one of the best times.

When times are tough, constant conflict may be good politics but in the real world, cooperation works better.  ___Bill Clinton

Posted by Larry Walker at 9:05 AM No comments: