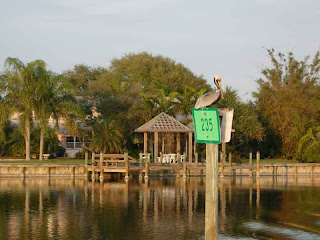 Today is the last day of June and most (but not all) MLS sales for the month have been posted. Single family home sales were very strong with 11 closed sales in Cocoa Beach and Cape Canaveral. Over half the homes were on the market less than 55 days. Five of the eleven sold for cash and seven were waterfront. Four were short sales and none were foreclosures. One of the short sales took only 35 days from contract to closing table. The longest took seven months to wade through the process.

We are left with 45 single family homes for sale this morning in the two cities. Of those, 27 are waterfront and zero are distressed (short or foreclosure).

It was another banner month for condo sales as well with 55 closed sales recorded as of this morning. Of those, 13 were short sales or foreclosures. Twenty sold for $100,000 or less and two closed for more than $500,000. 29% were on the market less than a month before selling.

Our MLS condo and townhome inventory is at 281 total units for sale in the two cities. Six of those are pre-sales in a proposed building. 27 units are asking over $500,000 and 28 under $100,000. Guess which ones will be gone first. Two thirds of the condo listings are in waterfront complexes. 12% of the total (34 units) are distressed with 11 of those in the Pier Resort.

There are 126 condo units currently under contract, half of those distressed.

We are seeing closed prices notching up in a few complexes. It seems a natural response to the supply and demand dynamic that is exerting itself once again with the abnormally low inventory. The disappearance of large numbers of distressed listings is also contributing. This may not be a duck but the waddling and quacking is beginning to look rather duckish.

While most of the country has been sweltering in the triple digits, Cocoa Beach has had a wonderful stretch of balmy weather after Tropical Storm Debbie passed over the state. Judging from the number of tracks I'm seeing on the beach, this looks to be a busy year for sea turtle nesting. Remember to turn your beachside lights off by 9 PM and make sure no light from your dwelling is visible from the beach distracting nesting turtles. I hope everyone enjoys the upcoming holiday and is safe. Hydrate and use your sunscreen. Cocoa Beach fireworks are on Monday the 2nd rather than the 4th.