For your entertainment, the cashier's check pictured is a very good fake. It looks and feels legit. It has the micro-perf edge and all the expected printing on both sides. I received it from a scammer trying to book a vacation rental and then using the old "travel agent wrote check for too much money, please return the overage through Western Union or Moneygram". I get a few of these attempts every year and always try to play along long enough to get another check for my collection.

Inventory is slowly creeping back up in Cocoa Beach and Cape Canaveral, mainly because sales activity has slowed. There have been 44 new condo listings since October 1, with 7 of those already under contract and another 2 already closed. Eight of the remaining 35 are asking above $500,000 and two top the million dollar mark. Twenty eight units have closed in the same period leaving us with 197 actively for sale condos in Cocoa Beach and Cape Canaveral.

Single family home numbers are less as always but following the same trend; five closed in October and another six under contract. A total of 57 for sale with ten new listings in October.

Most agents I'm talking to are reporting slowed activity but we are still on track to clock the highest annual number of units sold in any year since 2005. Hopefully we'll get a fresh surge of new listings after the holidays. Fingers crossed. Temps have been pleasant in the 70s and low 80s for a couple of weeks and expected to continue in the same range. The ocean has been very rough for a week with hard onshore winds. Not good conditions for surfing or fishing. Protected lee shores in the rivers are still producing fish for those willing to make the windy run to find those protected spots. Five and a half weeks remain in the 2015 hurricane season. Nothing but a good run of surf for us here. 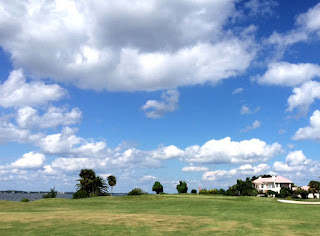 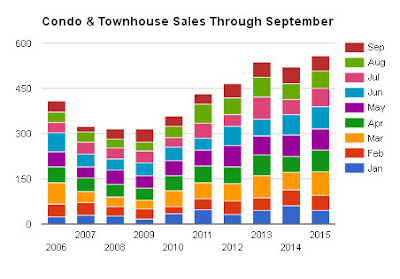 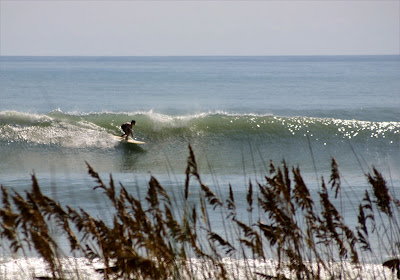 There has been good surf every day in Cocoa Beach for almost three weeks now. We had two different overlapping swells under our belts by the time the first pulse from Hurricane Joaquin peeked around the corner of the northern Bahamas last week. That swell was manageable the entire duration with several perfect days of waves a few feet overhead with glassy conditions. The last remnants of the swell are still pushing in out of the north this morning as Joaquin chugs towards southern Europe with the promise of good waves for the Quiksilver Pro in Landes, Aquitaine France.

Property sales remained strong in September with 17 single family homes and 51 condos and townhomes closed in Cocoa Beach and Cape Canaveral in the month. Of the 68 sales, five were bank-owned and one was a short sale. Eight of the single family homes were over $430,000 and only five sold for less than $337,000. Highest sale was $700,000 for a remodeled waterfront 3/2 on Danube River. Lowest price paid was $195,000 for a handyman special on Park Dr.

Condo sales were concentrated in the lower price range with over 70% of units closing for less than $186,000. Only two units closed for more than $400,000, both direct ocean units above the third floor. Direct ocean units above the ground floor in good condition in older buildings have been commanding $240 to $295 per square foot depending on condition and size. When we begin to see sales of pristine units in newer buildings again (built since 2000) we can expect those units to bring considerably higher dollars per square foot, up into the mid-$300s.

Inventory of condos and townhomes in our two cities this morning stands at 189 units with another 69 under contract awaiting closing. Eight of the condo listings are bank-owned and one is a short sale. There are 53 single family homes for sale with no short sales and only one bank-owned.

We can probably expect the good surf to persist through the month as more storms pass offshore. The mullet are still running along the beach although the waves have made for challenging surf fishing. Fishing in the river is on fire with redfish, snook and trout there for the taking. Get out and enjoy some or all of it. This is the best month of the year in Cocoa Beach with no crowds, warm water and pleasant air temps. I am remined every day why I love this place.

According to Morgan Housel there are four types of investment returns: