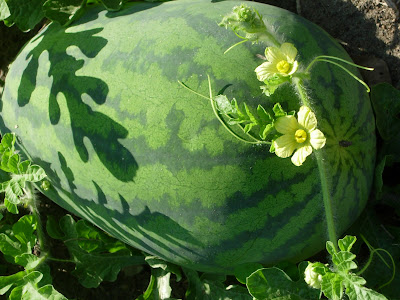 That would be 45 degrees in a 35 MPH zone which describes my drive to the office this morning. Enough with this cold weather already.

I have written dozens of posts over the years about unrealistic sellers clinging to expectations of prices completely at odds with the state of the market at the time. While there are still plenty of LaLa Land dwellers offering properties at 2007 prices, there is an equal contingent of hopeful buyers with equally unrealistic expectations. No buyer should overpay for a property in these uncertain times but fantasy-based expectations may preclude a purchase from happening. A goal of besting the deal of the year could be an open-ended quest. Shooting for the best possible unit at the best possible price with goals based on recent comps and current market direction is a formula for success.

There are multiple buyers looking to purchase a condo in Cocoa Beach at any given moment, regardless of price direction, obviously more when prices are moving up. We began the current downtrend from the peak in prices in 2006 with well over 1000 condos available on the MLS in Cocoa Beach and Cape Canaveral. Buyers continued to buy as prices eroded but rather than buying anything available as was the case in previous years, they became more picky, preferring the best units and at better prices. Along the way, some sellers found themselves in trouble, underwater on their mortgages or both, and either pursued a short sale or just walked away. Those distressed properties were subsequently bought at great discounts to the earlier prices. Flash forward to 2010 and our inventory has been cut in half with a large portion of the distressed properties having been sold. Buyers still looking understandably want the same deal as the last guy but for some buildings or property types there are no distressed sellers left. With the supply dwindling many of the remaining sellers have taken an educated gamble by standing firm and waiting for a buyer willing to pay the going rate of non-distressed sales. Many of the buyers have taken a similar stance and are refusing good units at good prices, gambling on another distress sale in their target unit type. We have a standoff that could go either way but, with declining inventory, is increasingly tilting away from the deal-of-the-century buyer. I suspect that the fear of paying slightly more than someone else will keep many hopeful vacation homeowners from ever purchasing.

This post was prompted by two encounters with condo shoppers last week. One who announced at an open house that he was going to be buying oceanfront units for $60,000 and flipping them next year when the market rebounded. Never mind that there have been no sales at that price nor any listings close to that number. Good luck, Sir. The other couldn't understand why sellers weren't responding to his offers far below recent comps. Meanwhile 21 other condos buyers have reached acceptance on their offers since February 1 in Cocoa Beach and Cape Canaveral.

"EMOTION trumps intellect and logic more often than the other way around." comment on a discussion at Mish's Global Economics