The Difference a Week Makes 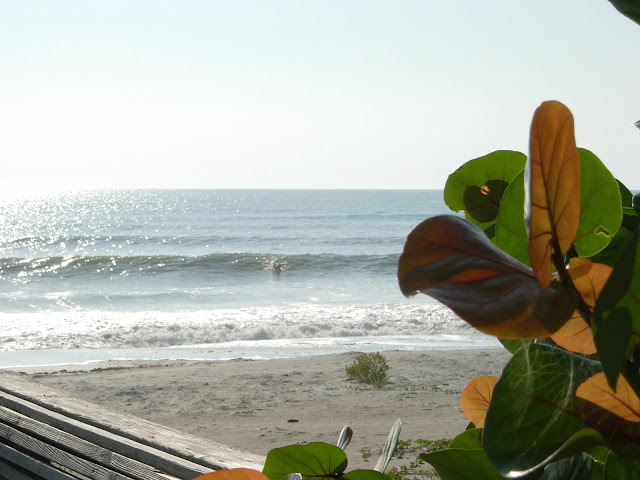 More of the same this past week in the real estate market but a lot different feel around town otherwise. We are into the winding down of snowbird season 2017 with the departure of the first major wave of northward migrations last Saturday. The traffic in Cocoa Beach was noticeably lighter Monday April 2. By the time Easter has come and gone it'll be back to dusty little cow town with walk-ons at the Cocoa Beach Country Club golf course the rule rather than a reason for the starter to look at the offender like an antler-sprouting Under Armour-wearing alien.

Condo sales in the week beginning Sunday March 26 were right in line with the previous trend; 24 units under contract in the week with five of them under contract in less than seven days. There was not a lot of oceanfront unit activity probably because that segment of our inventory is the most picked over and depleted. There were 22 new condo listings in the same seven day period along with seven new single family home listings. Nine homes went under contract during the week.

As of this morning, there are 67 single-family homes for sale in Cocoa Beach and Cape Canaveral at prices between $379,000 for a fixer-upper canal home in south Cocoa Beach to a brand new direct ocean five bedroom beauty downtown offered for $2.995 MM.

The condo inventory managed to shrink despite it's alarming low level with the combo of sales and withdrawals exceeding the new listings. We are down to 213 existing units for sale in our two cities. If I'm looking for an ocean condo I am encouraged to see that there are 100 listings showing as oceanfront. Being the skeptical sort I have to take a closer look. I must eliminate six as they are proposed and not in existence yet. Another 35 are asking over a half million and about half of the remaining have either no view or a peek so tiny as to be nothing more than a cruel reminder of what might have been. As a public service I must remind readers that those listings that appear too good to be true are exactly that, in every single case. When I receive an email about the very nice looking, 16 year old oceanfront 2 bedroom, 2.5 bath townhouse in Cape Canaveral asking $170,000 I don't even have to look at the MLS to know that it's another Villages of Seaport listing that the agent has misleadingly classified as "oceanfront". Listing agents feel justified doing that because the Villages property has a sliver of oceanfront that is as much as a half mile from some of the lovely townhomes. Owners in those units rarely repeat their first trek to the beach from their "oceanfront" condo opting instead to load the car rather than melt another pair of flip flops strolling the blacktop to the beach.

Negotiating tip 72: keep the chances of finding a replacement property in mind before walking away from a negotiation. Personalities often overtake logic during adversarial back and forths. Walking away from a $5000 impasse in negotiations and then waiting six months to try to buy another might make sense for a $100,000 property. Walking away over $5000 on a half-million dollar condo of which there are few available could very well cost much, much more six months down the road when the next target appears. Relative and absolute dollars are different. No one wants to overpay but sometimes the decision to overpay a little now for a property that hits all the buttons is more prudent than taking a gamble on finding a similar property later for today's price. We must play the cards we are dealt. Small unpleasantries now can eliminate large unpleasantries in the future.

Good hunting out there. I'm here if you have questions or a good knock-knock joke. Publix is safe once again. Feel free to approach the free coffee or blood pressure machine without fear of a running check against the beach toy display.

"The funds in your retirement account can be exchanged with zero transaction costs. Every day you do not sell them, you are deciding to buy them." __Ketawa - Boglehead