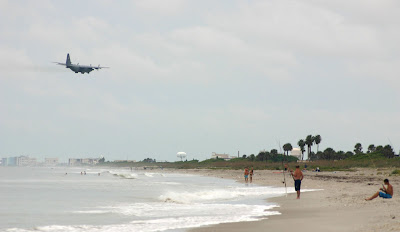 August property sales have somehow maintained (so far) the strong pace of the first half of the year even with a rapidly declining inventory. Of the 41 closed residential sales posted in the Cape Canaveral and Cocoa Beach MLS as of this morning, August 21, 27% were distressed, five foreclosures and six short sales. Ten of the 41 sales were single family homes, all in Cocoa Beach and all but one waterfront. Two were direct ocean, one a 50 year old cottage with small guest house that sold for a shocking $415,000. Small and needing work but wow, $415. I would have expected a bare lot on the ocean to bring more than that.

Surprisingly, with 30 year fixed rate mortgages at an all time low (4.15% national average) cash is still king and almost the only game in town where condo sales are concerned with 81% closing with cash. The majority of single family homes are also selling for cash with only four of the ten home buyers getting a mortgage. I suppose that property at depressed levels is a more attractive parking spot than equities after the hammering of the stock market in the last month.

I'll get into specific August sales of note in a later post. Highest forecast temp for the next ten days is 90 and that's just for one day. We look to get some effect from Tropical Storm Irene next weekend which is expected to be a hurricane by then. Tis the season. Off now to enjoy some waves from the persistent small swell that's been hanging around for what seems like weeks. If you have any questions about property or have anything to share about our market shoot me an email to larry@southcocoabeach.com. Peace.