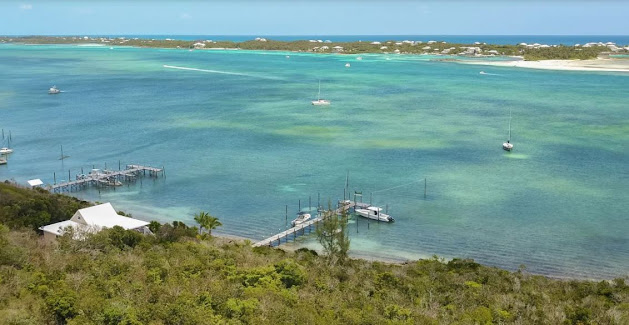 Anyone looking to build their dream home in an island paradise close to Cocoa Beach? I can hook you up. The waterfront lot to the right of the dock above facing Tahiti Beach on Elbow Cay and Tilloo Cut is about to hit the market. From your dock to over 1000 feet of water in ten minutes. It's possible to fish for less than an hour dock to dock and return with mahi and/or tuna.

My comment in the last post about having reached an apparent "sustainable" inventory of 50 to 55 units can be filed under "bad predictions". Since May 1 sixty two condos and townhomes have gone under contract in Cocoa Beach and Cape Canaveral. That doesn't include any of the non-MLS sales of which there appear to be many. Two of my last six transactions did not record on the MLS and I imagine I'm not alone among local agents. Three weeks into May and we've had 62 MLS contracts and this morning our remaining MLS inventory of existing condos and townhomes in the two cities is 40, enough to get us to the end of the first week of June with no new supply.

Prices continue to confound and astound. A buyer today making their first offer is unlikely to win against a buyer who has lost out on previous offers. Those who have come up short in previous multiple offer situations are not shy about offering over asking and waiving contingencies. The practice of getting repair concessions after inspections has gone away except in the most critical of inspection findings and even then, if the seller is holding an attractive backup contract, she is unlikely to repair anything. Once prospective buyers accept this unfortunate fact the closer they get to being able to write a winning offer. If a buyer's agent is even slightly slow to act, they can cost their client a property as happened in a multiple offer scenario I was involved in recently. The highest offer came in after the deadline and after the seller has already accepted another lesser offer. I sincerely hope the fault lay with the buyers being slow to sign the offer and not the agent's fault in getting it in late. It's the World Series of real estate sales right now and every effort needs to be productive and efficient. Choose your representative carefully.

"There's no such thing as safety, only degrees of risk." __Sparrow

Posted by Larry Walker at 7:46 AM No comments: