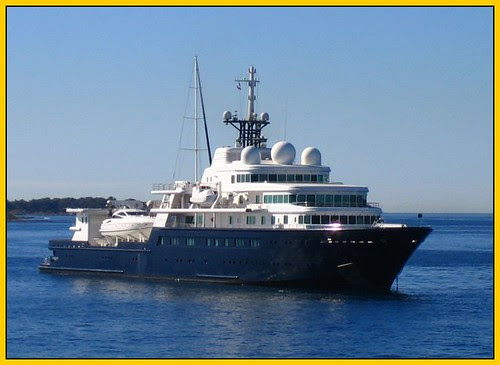 I received word yesterday and confirmed this morning that a lis pendens or notice of foreclosure has been filed against one of our local developers on 16 of the unsold units in a big condo development in Cape Canaveral. This will likely further depress prices in this complex which took a hit earlier this year when the developer auctioned off several of the unsold units. One bright spot in this unfortunate situation is that at last these units, once sold, will begin contributing monthly condo fees. The association, until now, has been receiving no monthly fees from these units. We also had a sweeping series of price reductions of luxury oceanfront units at Meridian and Michelina on the beach this week. While the crack sales team at Meridian has accounted for fully half of all over-$500,000 MLS-listed condo sales in Cocoa Beach this year, no MLS-listed Michelina units have closed since the developer's model sold in May this year. By the way there are 4 units at Michelina offered for $1.49 million and above, one for a cool $3 million.

In south Cocoa Beach, the developer has reduced at least one unit at Magnolia Bay to well below pre-construction prices. A few blocks south, another short sale is being offered at Crescent Palms, this time a south corner penthouse with 3000+ square feet that sold new in December 2005 for $775,000. Suggested price now is $399,000. The MLS-listed unsold units at the new buildings Ocean Cove, Ocean Paradise, Garden Bay and Garden by the Sea were all withdrawn on September 11 and have not been relisted as of this morning.

There have been 10 closed sales of MLS-listed condos and townhomes so far this month in Cocoa Beach and Cape Canaveral. Only one was for more than $295,000. During the same period, three single family homes closed, one a short sale of a gorgeous Country Club waterfront home that sold for $449,000.

There are a couple of new listings of direct ocean units in weekly rental buildings this week that are realistically priced for those of you who have been waiting for something with high income potential priced right.

In case you were wondering, the ship in the photo is the 370' yacht, Le Grand Bleu , currently docked at Port Canaveral. You may have seen it across the channel if you've dined at Grills recently. This monster of a private yacht was a gift from Russian billionaire Roman Abramovich to his friend Eugene Shvidler. Thank goodness he didn't give it to me as the fuel bill for the twin 3600 HP engines is probably out of my budget.

Posted by Larry Walker at 2:17 PM No comments: