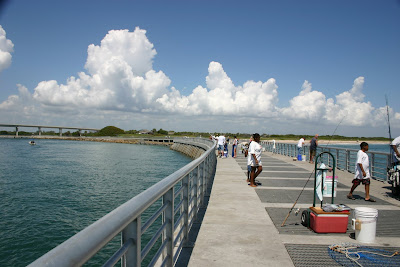 Another Cocoa Beach, Four Seasons non-waterfront unit with garage closed last week for $110,000. This particular unit had been on the market for a year, priced well above the comps until right before Christmas when reality finally set in and the price was dropped to a number in line with the market. With several sales every year of these particular units in that popular complex, I thought it would make a good subject for a micro review of the history of the decline. I have restricted this review to sales of non-waterfront units in Four Seasons with identical floorplans and garage.

The seller of the unit I mentioned in the beginning listed his unit early in 2009 for $157,900 shortly after the two sales in the low $130s. It sat there along with several other over-priced units for the remaining nine months of 2009 with no action in the complex. The sellers began lowering their asking prices late in the year and 2010 hit the ground running with three closed sales as of today, March 23. The highest price was $130,000 for an above-average, totally remodeled unit and the other two went for $103,000 and $110,000, the lowest prices in the complex since 2002 and only about double their brand new price in 1980. There is only one of these units actively for sale today, listed 20 days ago and hoping for $135,000. Hope springs eternal.

"If only. Those must be the two saddest words in the world."
________Meredith Lackey