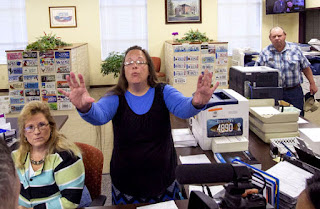 Congratulations. After months or years of searching and maybe a few unsuccessful offers you finally have the dream vacation home in Cocoa Beach under contract and are looking forward to parking a toothbrush and strolling to the beach in the backyard. It's practically a done deal. Nothing remains except closing. What could possibly go wrong?

Well, a few things. If one compares getting an accepted contract to filling a champagne glass, then the process of getting from accepted contract to the closing table would be running a 100 meter hurdle with a tray full of champagne glasses and arriving at the finish line with nothing spilled. Some common deal killers are:
The surprise deal killer on the above list is the property manager. Condo sellers probably think their association's property manager will be helpful in the process of selling their unit. In most cases they are correct. In a few cases, they could not be more wrong. I briefly touched on the subject of bad property managers in the last post. I saw a property manager almost blow-up a condo closing this week with a mix of incompetence and sheer nastiness. When the estoppel letter from the manager arrived at the title company it showed a surprise balance owed the association of almost $3000. The sellers were current on condo fees and assessments and had no idea what the balance owed was about. When questioned, the manager came up with a history beginning with a missed monthly fee ten months ago that had compounded penalties and interest to the present amount. She was ultimately proved wrong but had the sellers not been able to produce the "missing" check deposited by her she would not have backed down on the erroneous balance owed and the condo unit would not have closed. This is the same property manager that had a young mortgage processor in tears on a separate deal a couple of years ago. For the record, this "worst property management company in the world" is not in Cocoa Beach or Cape Canaveral, but is nearby and manages condos in Cocoa Beach.

Quick quiz: How many short sale condos and townhomes are for sale right now in Cocoa Beach and Cape Canaveral?

Total inventory of units for sale in our two cities is 171. At the peak of the market in 2005, we closed that many units in a smoking six week period in May and June. Inventory at that time was just over 800 units and would increase to more than 1100 by mid 2006. There were zero short sales then. Short sales and foreclosures began showing up in 2007 and peaked in 2010 with almost half of all sales that year distressed, either short sale or foreclosure. Inventory and distressed percentage have both been in steady decline since and the answer to the quiz question is ZERO. There is not a single short sale condo or townhouse in Cocoa Beach or Cape Canaveral. There are seven bank-owned units for sale, only one of them oceanfront and none of them priced aggressively. Those looking for an oceanfront distressed "deal" have probably missed the boat. The current skew of heavy demand and little supply will likely continue to nudge prices higher though they are still well below the peak numbers of 2005 and 2006.

"The female, not the male, determines all the conditions of the animal family. Where the female can derive no benefit from association with the male, no such association takes place." _______Briffault's Law